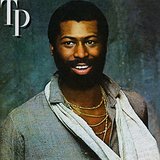 Theodore ‘Teddy’ Pendergrass was a drummer with Harold Melvin & The Blue Notes but was promoted to become the band’s lead vocalist in 1971 when they signed to Gamble & Huff’s fledgling Philadelphia International label. His husky, testosterone-fuelled baritone fronted many classic hits for the group – among them ‘If You Don’t Know Me By Now,’ ‘The Love I Lost,’ ‘Wake Up Everybody,’ and ‘Bad Luck’ – but he was destined to become a star in his own right and it was no surprise when he quit the Blue Notes in 1975 to pursue a solo career. This bbe reissue catches up with Pendergrass in 1980. By that time he had already racked up three platinum solo albums and enjoyed huge US R&B hit singles in the shape of ‘Close The Door’ and ‘Turn Off The Lights.’ In an unusual step, perhaps, ‘TP’ didn’t feature any contributions from P.I.R.’s star producers/songwriters Kenny Gamble and Leon Huff. But those who predicted that G&H’s absence would arrest Pendergrass’s  commercial fortunes were proved wrong when the album’s first two singles, the impassioned ‘Can’t We Try,’ and the stupendous ‘Love T.K.O.,’ were massive hits Stateside. The album, too, emulated the achievements of the singer’s previous LPs by notching up enough sales to reach platinum status. This new edition appends the original album with five bonus cuts – three are superfluous single edits but two, a long mix of ‘This Gift Of Life’ (a Gamble & Huff-helmed non-album B-side) and a disco 12-inch version of the dance floor bubbler, ‘Take Me In Your Arms’ – a duet with the fabulous Stephanie Mills – are worth getting acquainted with. Mills, of course, is also featured on a sensational duet version of Peabo Bryson’s ‘Feel The Fire’ while another above-average cover, Pendergrass’s take on Ashford & Simpson’s ‘Is It Still Good To Ya,’ is also worth singling out. With its superior sound quality, this is a fine reissue from the singer whose nickname was ‘Teddy Bear,’ and highlights the formidable talent of one of soul music’s most distinctive male voices.