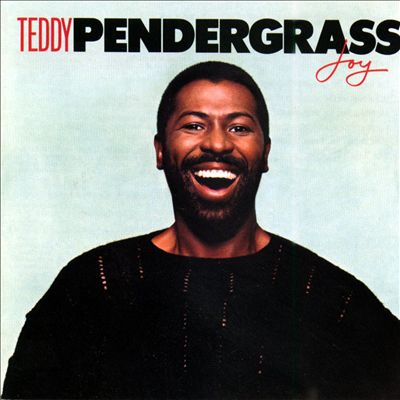 bbr’s latest soul reissue brings a remastered and expanded edition of Teddy Pendergrass’ 1988 Elektra album ‘Joy’ to the sales racks. Pendergrass, of course, was THE voice of Harold Melvin and the Blue Notes then after a solo deal with Gamble and Huff he emerged as a major soul force. A horrific car crash in 1982 almost brought his career to a premature halt but after lengthy therapy and a long period of counselling he made his recording comeback with Asylum Records in 1984. By ’88 he’d switched labels and the Elektra execs, determined to recoup on their investment, teamed Teddy with a set of then hot, young producers … people like Miles Jaye, Nick Martinelli and Reggie Calloway.

And it was ex Midnight Star man, Calloway who got the album off to a flying start with ‘Joy’ – the song that was chosen as the album’s title cut. It’s one of Pendergrass’ best known, none PIR cuts and, no wonder. It’s an insistent little thing and though, after his accident, Teddy’s voice is a little less powerful it’ still a thing of soulful beauty. No surprises then, that when released as a single, ‘Joy’ became an R&B #1.

The album’s other singles were the more sultry ‘2AM’ and the gentle ‘Love Is The Power’. Both are as good as anything he cut at PIR and underline what his legion of fans know –that Teddy P was one of the all time soul greats. Indeed isolate any of the album’s 8 cuts and it will make the same point … if you’re a doubter, then try ‘This Is The Last Time’. Not one of the singer’s best known songs, but a magnificent piece of smooth, sophisticated soul with a killer monologue that harks back to ‘I Miss You’.

For this reissue bbr offer 5 bonus tracks – remixes and edits of ‘Joy’ and ‘2 AM’.