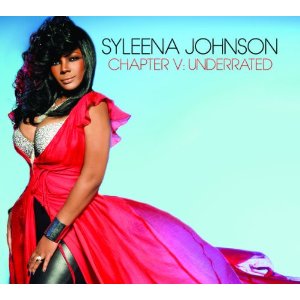 Excellent though they usually are, Syleena Johnson albums are rarely an easy listen. The big-voiced daughter of blues man Syl Johnson, she broke through back in 2001 with the wonderful ‘Love, Pain and Forgiveness’ and you knew back then that this was no ordinary soul singer – both in the content of her work and approach in its delivery. That album purported to explain how God had established a relationship within Syleena – allowing her to “bleed her artistry”. Since then her albums have continued to chronicle that relationship along with her development, her aspirations and her theories. En route, she’s earned a degree in Nutrition Science and acted in acclaimed off Broadway plays as well as becoming an in-demand model. At the same time she’s collaborated with some of the top names in contemporary R&B including Busta Rhymes, the Flipmode Squad, Kanye West, Twista, Jermaine Dupri and Common and like those illustrious names Syleena’s never been afraid to experiment with her music and ‘Chapter V’ is the culmination of all that.

Syleena herself says that the music here is an attempt to get away from the soft, “cookie cutter” sounds that music biz execs expect female soulsters to deliver. So, straight from the word go she gets right in your face. The opener, ‘Underrated’ is a fierce, scattery slab of experimental R&B complete with a rap from AK of Do Or Die. It’s an aggressive tune with a boxing metaphor that’s expanded on the balladic ‘The Champ’. That one’s a broody ballad, as is ‘Stone Wall’. Much more energetic (and aggressive) are ‘A Boss’, ‘Fade Away’, ‘Label Me’ (great lyrics here, by the way) and ‘Go Head’ – all earmarked by electro sounds, some thinner and tinnier than others and quite at odds with Syleena’s feisty, southern style soul growl. That single fact makes it all a hard listen and there’s palpable relief when we get to ‘Angry Girl’. This is a lovely ballad – very gentle by the standards of the rest of the LP. It’s a duet with Tweet and though it’s presented sweetly, Syleena’s still keen to work her agenda. Lyrically it addresses women who carry negative attitudes that ruin men and the love for the next woman who might come along. It’s real modern soul and easily the LP’s best cut – certainly the most accessible. Like I said don’t open ‘Chapter V’ if you want an easy ride.