SWAMP DOGG: The White Man Made Me Do It (Alive/Natural Sound) 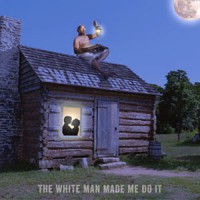 The great Jerry Williams Jr., in his Swamp Dogg guise, here releases the first great soul set of 2015 and the set’s title and the art work let you know, even before you’ve heard a note, that the music’s going to be as controversial and idiosyncratic as anything he’s recorded in his remarkable six decade career.

The fourteen track set is built around the title track – a lengthy, loose, funky workout that’s full of sideswipes and biting social comment. Built around an insistent guitar riff, the centre piece is an old school rap rightly listing the achievements of Afro-Americans but despite those successes, Jerry asserts that little has changed even though we’re well into the 21st century. He returns to the theme in the self-explanatory ‘Prejudice Is Alive And Well’ – a bluesy, hard-hitting item that tells it like it is for so, so many disadvantaged.

Points made, Jerry’s been in the game long enough to know that an unrelenting diet of “misery songs” doesn’t make for a balanced album so he rightly tempers the social commentary with lighter songs that highlight his trademark storytelling and wry humour. Best of those is the man’s sideways tribute to Sly Stone…. ‘Where Is Sly’. Jerry lists Mr Stone’s achievements…. even comparing him to Tchaikovsky, Beethoven and James Brown but wonders just what he’s doing now; “is he off somewhere still getting high?“.

The album’s other light moments include a pleasing ‘Hey Renae’ and a lovely ‘I’m So Happy’. Fans of southern soul will delight in the ballad ‘What Lonesome Is’ and the more up-tempo ‘Light A Candle, Ring A Bell’.

The album also boats a trio of covers that hark back to Swamp’s roots. The chosen tunes are the Clovers ‘Your Cash Ain’t Nothing But Trash’, the Robins’ ‘Smokey Joe’s Cafe’ and Sam Cooke’s ‘You Send Me’. All are respectful to the originals but marked by this singer’s gruffer, grittier delivery.

‘The White Man Made Me Do It’ gets 2015 off to a great and soulful start and to make the set even more special the album comes with a bonus disc that offers 10 of Swamp’s best oldies – three of his own songs and seven he worked on as either writer and/or producer. No duds at all and amongst the highlights are Doris Duke’s ‘To The Other Woman’, Irma Thomas’ ‘In Between the Tears’ and Charlie Whitehead’s ‘Read Between the Lines’. The Swamp Dogg sides are, well, typically Swamp Dogg – amongst them ‘Fuck The Bomb Stop The Drugs’ and what could be his autobiography, ‘My Life Ain’t Nothing But a Blues Song’.