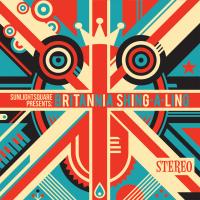 Sunlightsquare is the brainchild of Italian pianist Claudio Passavanti and his big band started recording in 2004 and they quickly became big, big favourites on the London jazz scene and it’s easy to hear why. They deliver a big, full, unique sound which mixes Latin, nu-jazz, soul, funk and Salsa. Their first two LPs were championed by the likes of Gilles Peterson, Joey Negro, Louie Vega and Craig Charles and now with this –their third full LP, the band are set to break out and reach a bigger audience.

Discerning club goers will already be aware of two of the album’s big tunes. The outfit’s versions of the soul standard ‘Land Of 1,000 Dances’ and a take on Mongo Santamaria’s ‘O Mi Shango’ when they were released as singles filled floors everywhere, with the latter becoming a massive club hit on the very choosey New York Salsa scene.

The good news is that they’re not the only two goodies on offer. The album is packed with cherries that would be picked as highlights on lesser sets. Most interesting cuts to my soul-bred ears are the takes on ‘Nowhere To Run’, ‘Up, Up And Away’ and ‘California Soul’. All three are delivered in a totally new way – with the Jim Webb standard, in particular, being quite transformed. It’s a superb sweep of sound that really does take you in the direction of the song’s title. Vocalist Brendan Reilly gets it bob on while the vibes of Jim Hart are a delight. Jim Webb’s work is too often dismissed as “easy”… take it from me, “easy” this isn’t.

Indeed there’s nothing easy or bland here… but with a 7piece brass ensemble, tight rhythm section, committed soul vocalists and an impassioned string quartet how could it be? Hear it all come together on an energised version of John Klemmer’s ‘Free Soul’. “Big” is the only adjective to describe it. Indeed that’s the best way to describe the whole Sunlightsquare sound. It’s so big, it’s irresistible… avoid this one at your peril.