SUGARAY RAYFORD: The World That We Live In (Blind Faith) 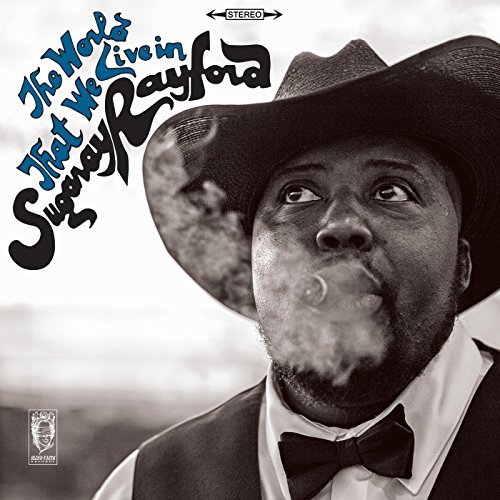 Sugaray Rayford is a Texas-born blues and soul man who, after paying considerable dues, may just be about to win the recognition that his considerable talent deserves.

Caron “Sugaray” Rayford began singing aged just 7… that’s right, in his local church. His childhood was tough; his mother passed when he was still young and brought up by a grandmother, he decided to make gospel his career. Then in the early 00s he switched to the devil’s music, fronting a band called Urban Gypsies. Then he moved over to a blues outfit, Aunt Kizzy’s Boys, with whom he recorded the albums ‘Trunk Full Of Bluez’ and ‘It’s Tight Like That’.

Moving to LA, Sugaray decided to go solo and found plenty of live work – concerts and festivals worldwide while he also made quite a name for himself in musical theatre.

Just last year, Italian soul entrepreneur Luca Sapio heard Sugaray and knew straight away he needed to record him…. and the result is this wonderful, old school soul album, ‘The World That We Live In’, released on Sapio’s own Blind Faith Records. The 10 tracker is named for a steady slow rumble with a killer hook in the chorus but what makes the cut so attractive is Rayford’s world-weary, lived in soul vocal and Sapio’s authentic, Golden Age soul backdrop – all recorded in analogue (of course!)

Other highlights include ‘Home Again’ and ‘Don’t Regret A Mile’ but dip in anywhere and you’ll hear (and enjoy) wonderful, vintage soul with a blues undertow and if someone told you this album was recorded in Malaco or Muscle Shoals not Italy, you wouldn’t doubt ’em. Even the album art work echoes soul’s Golden Age… the back layout in particular is a memory-jerking recreation of those great 60s Atlantic soul albums. Of course, though, it’s what in the grooves that counts and in these grooves there’s old school soul a plenty.