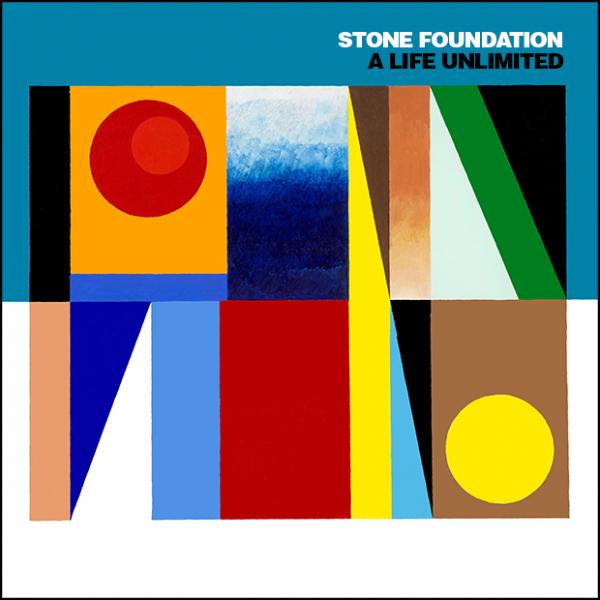 Stone Foundation are a hard-gigging UK soul band created by Neil Sheasby and Neil Jones who shared a mutual love for all things soulful and like the rest of the team they put together they knew that the real route to success was live work… not the yellow brick road of the TV talent show. So, the Stones gigged consistently round the London circuit and in 2011 the effort paid off when they were invited to open for the Specials on their comeback UK arena tour.

A debut album followed (featuring Carleen Anderson, no less) and the band were taken by surprise, when, simply by word of mouth the long player found its way into the top 75. A British Embassy sponsored trip to Japan bolstered their underground reputation and won them a deal with a major Japanese label.

Stone Foundation are now set to release this, ‘A Life Unlimited’, their fourth studio album and the set (ten new original songs) is being tipped by soul tastemakers to be the one that finally breaks the band to a wider audience and this reviewer wouldn’t disagree.

The album’s first single has already won acclaim right across the soul spectrum and it’s easy to hear why. The ever-so-catchy ‘Beverley’ is simply irresistible. Its old school Chicago-flavoured brass setting has endeared the tune to old schoolers while the contemporary flavour has won the souls of the newbies. The vocal’s not bad either… mind you it comes from a soul stalwart, Nolan Porter. Amongst the other guests there’s Graham Parker (who features on the moody ‘The Night Teller’), the Four Perfections (on the smouldering ‘Pushing Your Love’) and Dr Robert Howard (Blow Monkeys) who fronts the pacey ‘A Love Uprising’. It’s not the old Otis Leavill classic but it’s the one that winning plays from the dance DJs.

To my more sedate sensitivities ‘The Turnaround’ is a much better bet and rivals ‘Beverley’ as the LP’s highlight. It’s quite lovely and the way the brass wraps itself around the vocal reminds me of prime time Tower Of Power.

Elsewhere the lengthy ‘Speak Your Piece’ is ambitious (the Stone Foundation’s ‘Moondance’?) while the closing ‘Old Partners, New Dances’ intrigues. The simple instrumental is both melancholic and poignant. A sad conclusion to what is chiefly a joyous (and recommended album).

You can find out more @ www.stonefoundation.co.uk