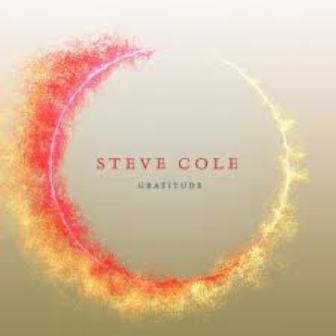 Sax man Steve Cole is the “Mr. Reliable” of smooth jazz. He rarely fails to deliver a classy set of glossily produced, melodic, foot tapping and head nodding tunes and this new 10 tracker is classic Steve Cole. That’s to say, it’s packed with his trademark soul-infused, sax-led grooves – like the big opener ‘Good News Day’. There’s more of the same on the oddly titled ‘Five60H83’, ‘Can’t Get Enough’ and ‘Let’s Go’. ‘Starting Over’ is a touch funkier, featuring some ‘Shaft’ style guitar from Bernd Schoenhart while the bouncy ‘Soho’ (Cole’s tribute to Brit soul bands Incognito and the Brand New Heavies) is another pleaser. ‘Neo Soul’ offers a second “homage”; here the inspiration is Ramsey Lewis’s ‘Sun Goddess’

The album’s focus cover cut is a version of Skip Scarborough’s ‘Love Ballad’. Steve takes no liberties with the beautiful melody and vocalist John James plays it straight too, though the sax is the lead… Mr. James’ sweet cooings are the backing vocals to those lead lines.

Elsewhere, ‘Toronto’ brings the album to a moody close while the album’s title track is a sweet and slow, melodic meander. Its title (and that of the album) is significant. We’re told that Steve Cole recently suffered a health scare (no more details than that) and this whole long player is his way of showing “gratitude” to those who cared for and supported him.

‘Gratitude’ has been co-produced with longtime collaborator and fellow saxophonist David Mann and sensibly Cole and Mann use the same band throughout … his regular rhythm section, bassist Lamar Jones and drummer Khari Parker playing alongside guitarist Bernd Schoenhart, organist Ricky Peterson and horn players Trevor Neumann and Dan Levine. The empathy is obvious and between them they craft classic smooth jazz/classic Steve Cole.