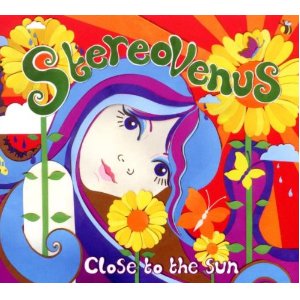 Rumer’s ‘Seasons Of My Soul’ was one of the big success stories of 2011. The album was played everywhere and hit a magnificent no. 3 in the UK pop charts, while the lovely lady was voted Best Newcomer at the prestigious Mojo Awards. Rewind now a few years and Rumer was learning her craft in the London clubs – playing wherever and whenever she could. Her odyssey brought her into contact with organist Rory Moore who introduced her to Italian music man about town, Alessandro Casella. Impressed by what he heard, Casella duly arranged for the duo to record an album of library music for Italian radio and adverting outlets.

Rumer and Rory got to work recording in the unlikely surroundings of East London’s Bethnal Green Working Men’s’ Club and when the LP was finished it was lapped up by Italian media outlets … and no wonder – the ten tracker was chock a block with gentle, laid back, bucolic tunes, all perfect for flogging almost anything or for running as a radio voice-over bed. The album won an almost mystic status. Collectors and musos knew about it – but couldn’t get hold of copies – till now that is. London label Sudden Hunger Records have just made the LP commercially available and it’s a must have for those who’ve already been won over by Rumer. Equally, sixties collectors and fans of Astrud Gilberto, Dusty Springfield and/or Swing Out Sister will find lots to like here too.

The key track on the album is ‘John Sebastian’s Girl’. Sebastian was the main man in mid sixties US harmony band The Lovin’ Spoonful (‘Do You Believe In Magic’, ‘Daydream’, ‘Younger Girl’ and so on) He then went on to a successful solo career where his songs – full of space, light and melody – encapsulated the hippy culture. ‘John Sebastian’s Girl’ re-evokes that spirit – though to add to its attraction there’s a garnish of Burt Bacharach about it…a wonderful confection that comes in two delightful mixes. Elsewhere there are gentle bossa novas and beguiling waltzes while the chunkier ‘Photographs’ successfully marries the Zombies’ ‘She’s Not There’ to the Classic IV/ Dusty Springfield tune ‘Spooky’. Then there’s the swirling instrumental of ‘Strange Waltz’… those of you who know Hank Levine or Alan Haven’s ‘Image’ will be impressed’. But then any lover of quality, laid back, cleverly-crafted music will be impressed by the whole affair. Find out more @ www.suddenhungerrecords.com