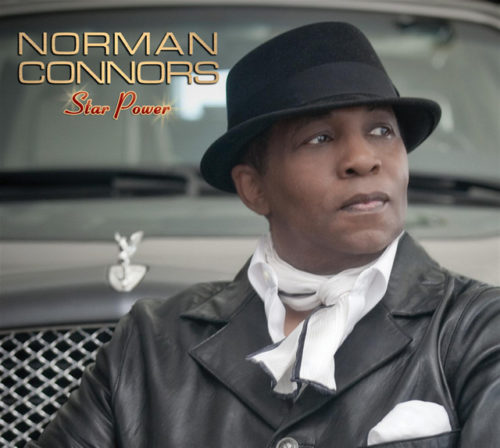 Norman Connors is a true soul survivor. Originally a jazz percussionist/drummer, he broke though in the mid-seventies with a series of albums on which – as producer and player – he brought together some serious soul contenders to craft music that still resonates some thirty years later. In those intervening thirty-odd years, Connors has recorded regularly, but in more recent times his work has bordered on the smoother, lighter side of jazz. ‘Star Power’ is the genial Philadelphian’s first full album for seven years and, indeed, it does include a good smattering of smooth jazz. Stuff like ‘Stormin’ Norman’, ‘Shades Of Brown,’ ‘Star Power’ itself and a cover of Michael Jackson’s ‘Rock With You’ are good of their kind but ultimately inconsequential despite the presence of people like Herman Jackson, Paul Jackson, Ray Parker and Norman Brown. The good news, though, is that the LP also features some stunning soul – most notably the opener ‘Used To Be’ and the shimmering ballad that is ‘Where Do We Go From Here’. The former is a classic modern soul dancer. Crisp and tight, the Teddy Pendergrass-inspired vocal from Christopher Williams and Bobby Lyle’s keys perfectly complement the lyric that focuses on the intransigencies of bling. The latter piece is as good a soul ballad as you’ll hear this year and because Connors recognizes a good song when he hears one, he’s drafted in Howard Hewett to do it full justice. Hewett duets with the song’s author Antoinette Manganas and it’s surely no coincidence that in her, Connors recognizes a talent as rare and soulful as Phyllis Hyman. Indeed the uber-producer allows his new muse to take lead duties on two more cuts – covers of ‘Walk On By’ and ‘The Sweetest Taboo’ and on both Ms. Managanas manages to make the familiar her own. Elsewhere, there’s a trio of ballads (‘You Take My Breath Away’, ‘I Waited All My Life’ and ‘Reach For The Sky’) that are kept out of the middle of the road by the vocals of Danny Boy, Juanita Daley and Terrell Carter respectively and a dire R&B effort (‘Thinkin’). That leaves what I believe Connors intended to be the album’s two major focal points. The first is a Peabo Bryson-vocalised re-make of ‘You Are My Starship’ and the other is the H. B. Barnum arranged ‘Adore (I Love You)’. The version of ‘Starship’ is good but it would be hard to better the original, while ‘Adore’ is a big band affair that harks back to Connor’s early days in the jazz lounges of Philadelphia. In retrospect, it’s my contention that Mr C. now considers ‘Used To Be’ and ‘Where Do We Go From Here’ to be the album’s standouts; they demand attention.
(BB) 4/5