STACY LATTISAW: ‘Let Me Be Your Angel’ (bbr) 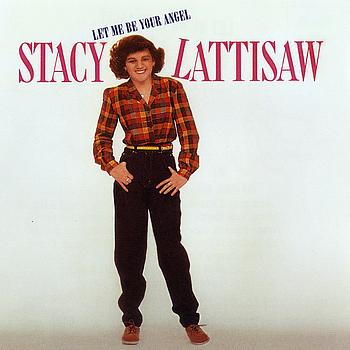 This Washington DC singer was only 13 when she signed to Atlantic’s Cotillion subsidiary in 1979. Her debut album, ‘Young & In Love,’ released the same year, didn’t chart, but in 1980 she  hooked up with drummer-turned-producer, Narada Michael Walden, to create the hit-laden ‘Let Me Be Your Angel,’ which has now been reissued. Having forged a formidable reputation as a jazz-rock drummer with the Mahavishnu Orchestra, Weather Report, and Jeff Beck in the ’70s, Walden was untested as a producer of other artists before this album. But the gamble taken by Cotillion’s boss, Henry Allen – impressed by Walden’s disco-inflected solo hits in ’79 – took a gamble that paid off and set the drummer on the road to become one of the world’s foremost R&B and pop producers. It also paid commercial dividends for young Stacy, establishing her as a credible R&B hit-maker at 14-years-old.

‘Dynamite!’ was the album’s biggest dance hit, a catchy slice of pop-funk whose style is in tune with the disco grooves that Walden was releasing under his own name for Atlantic during the same time frame. ‘Jump To The Beat’ is another great cut, boasting an ace bass line and a killer groove similar to Walden’s big ’79 hit, ‘I Shoulda Loved Ya’ (the same formula is repeated on ‘Didn’t You Want To Feel It’).  Just as peppy is ‘Don’t You Want To Feel It,’ with its punchy horn charts. Lattisaw’s vocals aren’t always convincing on the dance cuts and sound a bit awkward here and there but you can’t fault her youthful enthusiasm. She’s better on the ballads, exemplified by the album’s hit title cut, a tender love song enhanced by orchestral strings, the mid-tempo ‘Dreaming’ and the hushed, introspective closer, ‘My Love.’ ‘Let Me Be Your Angel’ was an impressive album for a 14-year-old back in 1980 and still holds up pretty well today 35 years later. Lattisaw, now primarily a gospel singer, contributes her reminiscences to the liner notes, as does Narada Michael Walden, which enhances our appreciation of the album.