SPYDER TURNER: Is It Love You’re After (bbr/Whitfield) 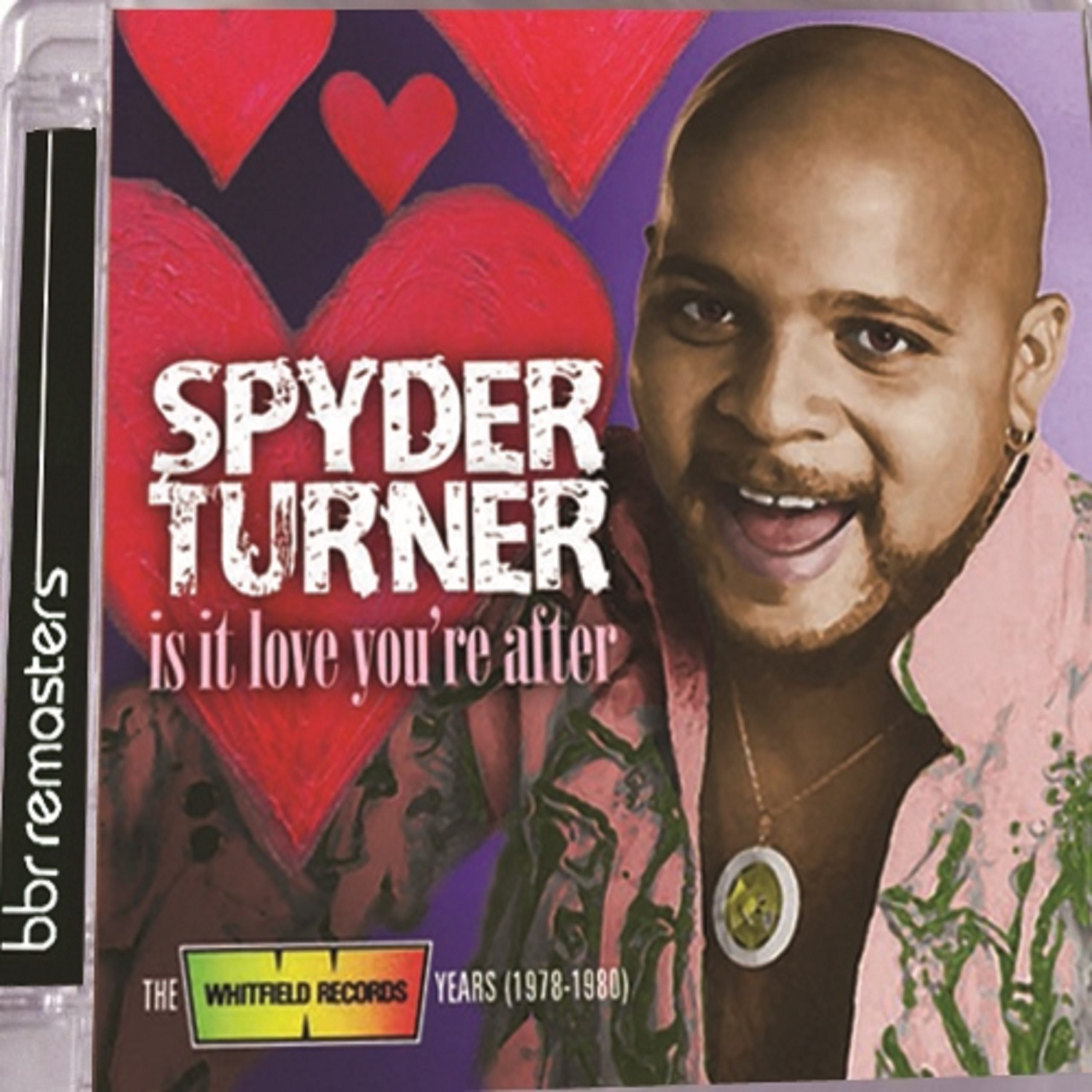 Born in West Virginia in 1947, David Dwight “Spyder” Turner is a Detroit-based soul singer who enjoyed a hit way back in 1966 with an audacious cover of Ben E King’s ‘Stand By Me’ on which he mimicked contemporary soul greats – Jackie Wilson, James Brown, Billy Stewart and David Ruffin amongst them. The record was produced by sometime Motown staffer Clay McMurray and it was the McMurray connection that brought Turner, in 1975, into contact with Norman Whitfield. Whitfield had just started his own label in association with Warner Bros and he remembered Turner from his Detroit days and duly signed him as artist and writer, quickly placing the Turner-penned ‘Do Your Dance’ with the then hot Rose Royce.

We’re told that Turner and Whitfield enjoyed a love/hate relationship – often arguing over writing credits and that old chestnut, “artistic control”, Despite that the Spyder man cut two albums for Whitfield – 1978’s ‘Music Web’ and ‘Only Love’ from 1980. Both meant little at the time (Turner claims Whitfield and Warner Bros put no effort into promotion) but now, of course, both sets are collectors’ items.

To satisfy the demand bbr have just reissued both albums on a single CD and notwithstanding the lack of contemporary promotion, you can hear why the long players didn’t take off. Spyder Turner is a proper soul singer – passionate, fierce and intense. But the late seventies were a tough market place for soul singers – disco was still in demand and punters preferred gimmicks to commitment. Great songs, though, will always win through but sadly there aren’t too many here. Best single cut is Spyder’s version of ‘Is It Love That You’re After’ – the first recording of the tune, we’re told – but of course this version was overshadowed by Rose Royce’s take. Elsewhere there’s just too much disco-by-numbers and despite the presence of top session men (Keni Burke amongst them) and Whitfield’s production, neither project really takes off. However, collectors will be delighted to have access to the albums at a decent price.

Spyder Tuner, by the way, is still active. He works the concert circuit and he’s also recorded with Four Tops drummer, Drew Schulz.