SPEEDOMETER: No Turning Back (Freestyle) 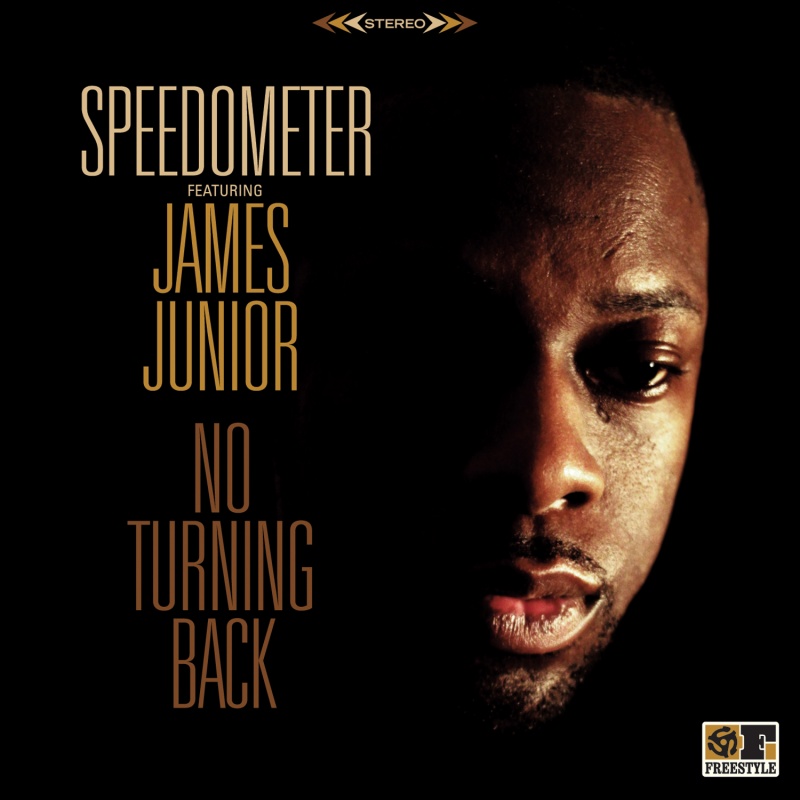 Speedometer are one of the hardest working soul and funk bands in the UK. Their own music has won ’em countless friends and when they’re not playing their own gigs they’re the backing band of choice for visiting soul luminaries like Eddie Bo, Sharon Jones and Martha Wash. Indeed the Speedos collaborated with Ms Wash on her 2012 album. Since that release the Leigh Gracie-led combo hit the music headlines with a great and gritty instrumental version of Pharell Williams’ once omnipresent ‘Happy’.

And “THAT” very tune takes centre stage on the band’s new album, ‘No Turning Back’ which hits the sales racks on July 24th. If you don’t know this version of ‘Happy’, you really do need to check it out. Think a mash up of classic soul-jazz with Northern soul….. Grant Green meets Ramsey Lewis via a friendship with Al Kent! ‘Happy’ is just one of only two instrumentals on the new album. The other is an energized 80s funk throwback with the intriguing title ‘Orisha’s Party. OK there are some chanted vocals and a live atmosphere here, but that was the way of the 80s.

The rest of the cuts are vocals and to deliver Speedometer have enlisted UK session singer/gospel vocalist James Junior and from the cover art work, it seems that Gracie and co are happy to give him star billing. Junior has a rich vocal tone but his delivery doesn’t have the classic old school soul sound; rather he rides a totally 21st century vibe, giving the album a contemporary feel despite the traditional soul and funk instrumentation.

Hear Junior at his best on ‘I Showed Them (The Ghetto)’. The tune owes a lot to Donny Hathaway’s ‘The Ghetto’ but from the rhythm patterns, it’s clear that the ghetto Speedometer are showing us is more like Spanish Harlem. It’s an album standout matched in intrigue and interest by the title cut. ‘No Turning Back’ begins in 60s cinematic style (a bit Pearl and Dean-ish) but then builds into a lively soul groove.

Elsewhere the moods switch from gritty, funky rumbles (‘Don’t Fool Yourself’) to brass punctuated grooves (‘Just The Same’). ‘Middle Of The Night’ is another goodie – light and catchy and marked by a sweeter brass sound that has a particular charm. Like the rest of the set it has the current signature sound of UK soul… kind of Brits do Dap-Tone!