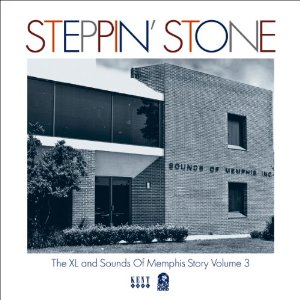 This, obviously, is Kent’s third trawl of the vaults of Gene Lucchesi’s Memphis-based labels and like the first two albums in the series it’s a treasure trove for fans of southern soul. For starters there’s a previously unreleased alternate vocal version of George Jackson’s ‘How Can I Get Next To You’; then there’s his ‘Love Trying To Come’ –which, oddly, has the same strained vocal quality that Neil Young perfected! For classic southern soul, the outstanding tracks are ‘I’m Your Slave’ from Otis Wheat, You’re Slipping Away’ from Dan Greer and the same singer’s ‘Take A Look At Yourself’ – all as lugubrious as you could ever wish for. And while we’re talking lugubrious, there’s a fine version of Al Kooper’s ‘I Love You More Than You’ll Ever Know’ which is every bit as sombre as Donny Hathaway’s better-known version. If you fancy something a little more upbeat there’s plenty – notably Willie Walker’s ‘If You Never See Me’ and the Ovations’ oddly-titled ‘The Plumber’ which owes a little to the Temptations’ psych-soul period. .. And speaking of sound-alikes, The Minits ‘Love Letters’ has the feel of the Honey Cone’s ‘Want Ads’ while William Bollinger’s ‘People Are Talking’ is pleasingly like the Impressions’ ‘You Must Believe Me’. Both those cuts don’t sound particularly “southern” and there’s more like them. William Bollinger’s ‘I Won’t Have To Cry No More’, Art Jerry Miller’s ‘Always Treat Your Woman’ and Willie Walker’s ‘Run Around’ are all delightful uptown floaters while ‘Lover Boy’ from the Minits and Tekelia Kelly’s ‘Because Of You’ are sophisticated ballads of the kind you wouldn’t normally associate with Memphis. Equally, Jimi Hill’s ‘Guessing Game’ – complete with tinkling vibes – has more in common with the sounds of, say, Mirwood, than those of the dark end of the street! So a hugely varied collection, this, that offers all kinds of great soul for all kinds of fans.