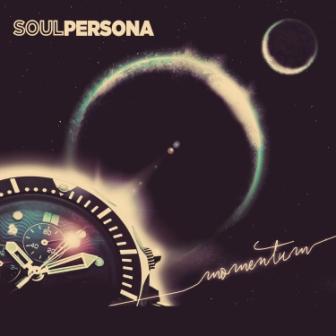 The enigmatic Soulpersona is a musician, producer, remixer and  arranger who weaves his soul magic in and around the London/Brighton axis. His work first came to prominence via his debut set, ‘Soulacoaster’ and since then he’s gone on to work with all kinds of soul names…. Oliver Cheetham and Jocelyn Brown amongst them. His mixes for people like Light Of The World, Yoyo Honey, Jody Wately and, more recently, Charlie Wilson (‘I Still Have You’) and JD 73 (‘Believe in Love’) have been both critically acclaimed and filled dance floors. I’m guessing though that Soulpersona’s biggest thrill has been working as musical director for visiting soul stars like Jean Carne, The Emotions, Shirley Jones and Leon Ware. I say “I’m guessing” ‘cos Soulpersona is reticent with soul journalists, preferring, he says, to let his music do the talking.

Fair enough and point taken, since the 15 tracks that make up his album ‘Momentum’ talk the language of fluid soul and it’s no surprise to me to learn that the set has topped almost all the credible UK soul charts!

The album begins with a sweet, laid back instrumental, ‘I Am SoulP’ and its Leon Ware-ish ambience sets the tone palette for much of what is to come. Feel the influence of Ware on tracks like ‘Ride In Time’ (featuring a quirky vocal from regular Soulpersona muse, Princess Freesia), the complex ‘No Games’ and ‘A Song In My Heart’ with vocal input from the never less than excellent Pete Simpson. Simpson’s upfront too on one of the LP’s real standouts, ‘Don’t You Think’, which recalls the mighty collaborations between Ware and Marvin Gaye.

Elsewhere on stuff like ‘Open Sesame’ and ‘Totem’ the vibe is much more 80s Weekender. That latter offers a great, growling bass line and both feature, again, Princess F. Best ballad is the retro, Lisa Stansfield-flavoured ‘Let It Go’ (Deborah Bond at the mic) while best, proper up-tempo moment comes via the Darien-vocalised ‘Unjustified’ . As you’ve read,  plenty of soul variety on ‘Momentum’ and throughout, SouP is aided and abetted by a team of great singers (add to those already mentioned, Dennis Bettis and Tahirah Asha Memory) and some top instrumentalists like keyboardist Carl Hudson and guitarist Marlon McClain.