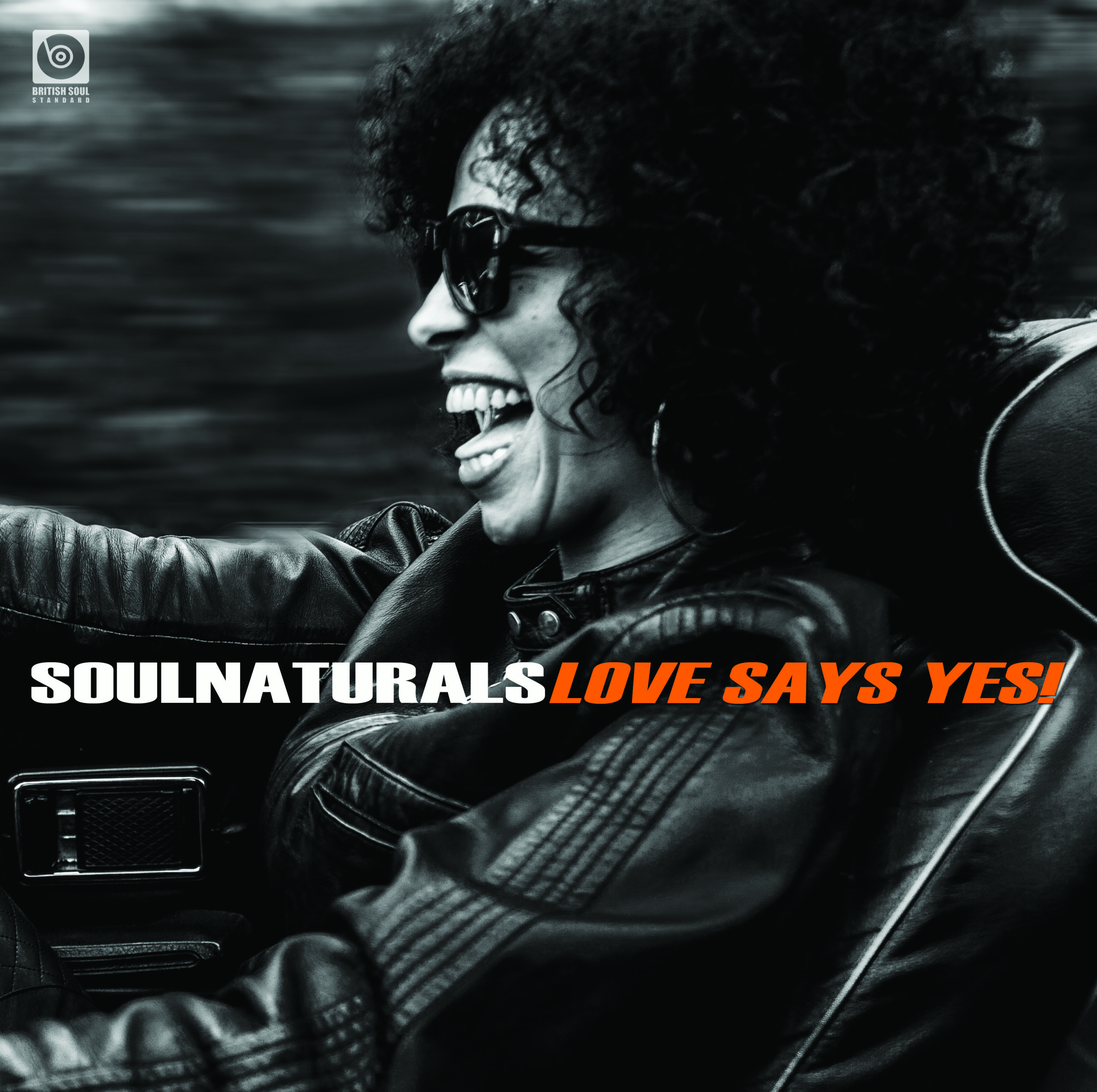 Though they’ve been around for quite some time (2004, I think), the greater soul world first really got to know about Tony Cannam’s Soulnaturals via their edgy, old school ‘Rise Brother Rise’ back in 2012. Then in 2015 came the equally anthemic ‘I Never Knew A Hell Like You’. Now, almost two years later, Tooting’s finest bandmaster is all set to unleash a full album…. ‘Love Says Yes!’. Proper soul fans will already have enjoyed the set’s first single, the energetic ‘You Make Me Feel Like I Can Change The World’ which featured a fab vocal from Australia’s premier soul diva, Kylie Auldist.

The good news is that there’s a whole lot more soul excellence crammed into the grooves (not sure what downloads or CDs have) of ‘Love Says Yes!’. Right now we’re all loving the jaunty ‘Oh Lord When Will You Free Me’ featuring a feisty vocal from Portugal’s Nadia Pimentel. There’s a touch of reggae swagger about the song and it’s quite a little ear worm. No wonder that Cannam, and his team have sorted it as the next single. Equally infectious is the proper old school soul groove that is ‘Gotta Get My Hands On Some Good Loving’. Here the vocalist is Davinia Vincent.

Fancy something a little tougher, funky even? OK flip to ‘I Am The Lost That Do Not Want To Be Found’ … odd title but an uncompromising cut with Mr Cannam on lead vocals. ‘I Got Sunshine (Enough For The World)’ (Jo Kelsey at the mic) is another 21st century take on classic funk. Oddly you’d think that a song called ‘A Room Full Of James Browns’ (Danny Toeman on vocals here) would be a funk fest too. However it’s not really… it’s a rumbling slab of psycho-soul; more Norman Whitfield than JB! Interesting title though and equally interesting lyrics, even if the cut starts to, meander near the end. ‘Moody Judy’ is another intriguing cut…. cinematic , a whiff of ‘Trouble Man’ about it

If you prefer things a tad slower then ‘Let Freedom Ring’ and ‘My Love For You Is Not Of This Earth’ dip their sonic paintbrushes into the Southern soul palette. Vocalist on the latter is Bre-Antonia while on the former Dave Barker takes the vocal responsibility. Dave by the way was (indeed is) the “Dave” of Dave & Ansell Collins who had the UKs first Reggae No.1 hit with ‘Double Barrell’ back in the olden days! And therein lies part of the secret of Tony Cannam’s success with the Soulnaturals. He knows lots of people in the business and can call on great musicians and talented vocalists to help him flesh out his ideas. They all want to work with him and share his positivity and despite some broody moments on ‘Love Says Yes!’, the overall thrust is upbeat and optimistic. Tony enthuses: “‘Love Says Yes!’ is a positive reaction to the hatred and negativity that is building in the US and Europe with far right populism, Love Says Yes but Hate Says No – hate never built a school, a hospital, happiness or freedom, and it never will.” Can’t argue with that!

‘Love Says Yes!’ will be released on April 15th 2017 on British Soul Standard.