SOPHIE DELILA: My Life Could Use A Remix (Caroline/Universal) 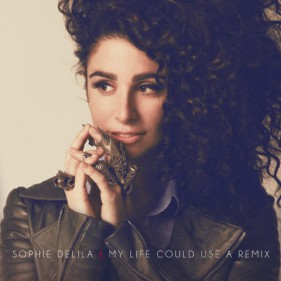 French-born Sophie Delila works out of London where she’s built quite a reputation on the underground music scene. She’s written songs for people like Duffy and Rumer, toured with Lionel Richie and has collaborated with veteran guitarist Jeff Beck… and we’re told that Marvin Gaye once stayed at her house in Paris when she was a child. No wonder her new album (her second actually) is winning respectful plaudits from some sections of the media. Those writers clearly like quality, contemporary pop with a cutting edge, ‘cos that’s what ‘My Life Could Use A Remix’ essentially is.

There’s not a lot here to interest the soul crowd, though there is a soul undertow to several of the cuts… in the same way that people like the aforementioned Duffy and Rumer imbued some of their work with soul sensitivities. Broad-minded soul folk might well connect with ‘Bound To Fall’. It’s a pleasing light ballad with clever lyrics that’s wisely been selected as the set’s first single. The album’s title cut also features some clever word play while ‘Nothing Hurts’ is insistent and catchy – built on the template of some of Amy Winehouse’s poppier stuff.

That venerable organ The Sunday Mirror described Sophie’s music as ‘Classy pop’…. for once they’ve got something right.