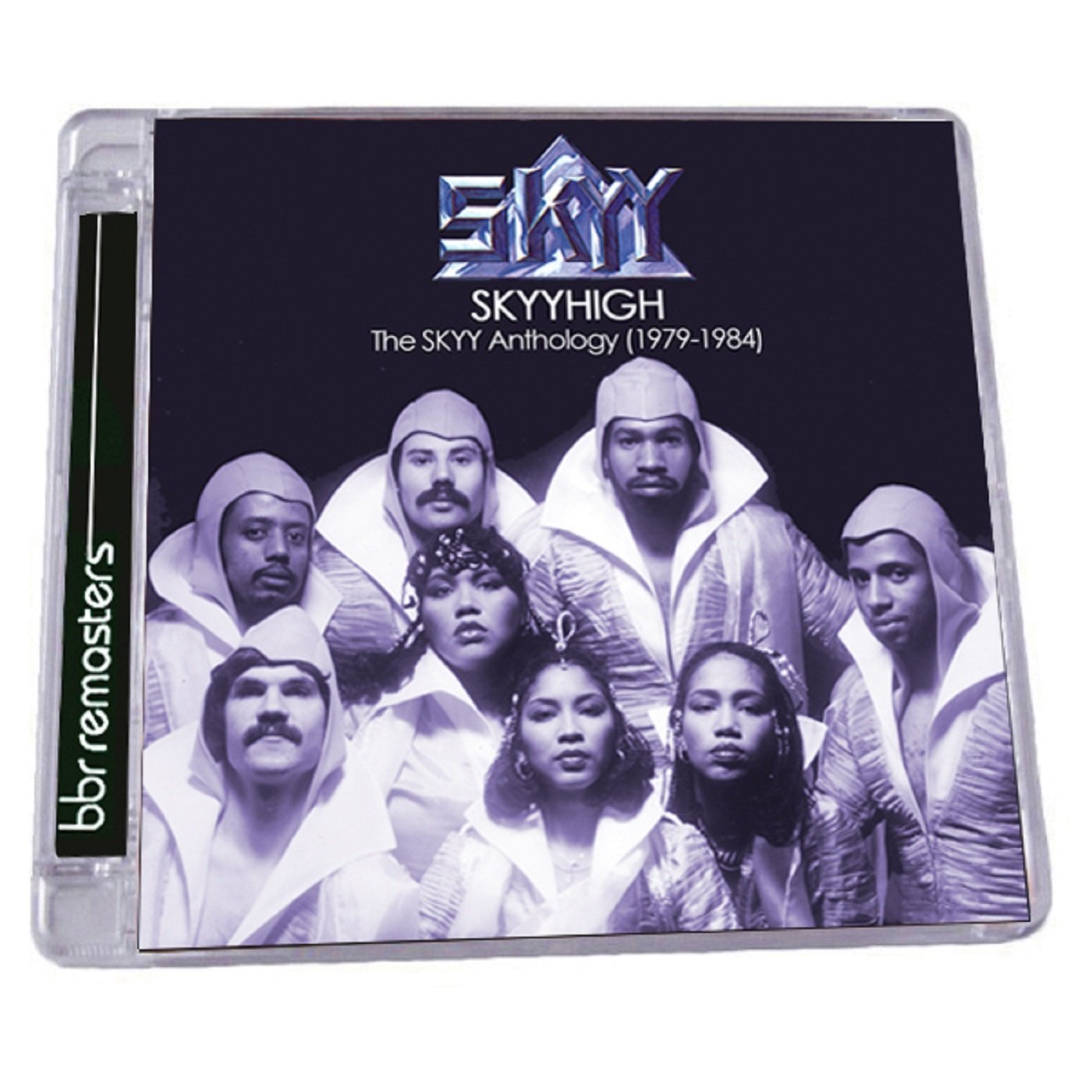 An octet formed in Brooklyn by guitarist Solomon Roberts and featuring the vocals of the Dunning sisters (Denise, Delores and Bonnie), high-flying SKYY caught the ear of producer (and Brass Construction main man) Randy Muller, who got them signed to Ken Cayre’s Salsoul label in 1979. Though attired in outrageous and slightly camp sci-fi style costumes, the group’s music possessed an altogether earthy disco-funk vibe and they proved to be regular visitors to the US R&B charts between 1979 and 1992. This fabulous new retrospective (comprising 28 tracks spread over 2 CDs) features the aggregation’s biggest chart smash, ’81’s infectious ‘Call Me,’ and also includes their two other Stateside chart toppers (‘Start Of A Romance,’ and ‘Real Love,’ both recorded for Atlantic) as well as other hit singles and key album cuts.

Though mostly regarded as purveyors of spacey dance floor party funk (exemplified by addictive get-down grooves such as ‘Skyyzoo,’ ‘This Groove Is Bad,’ ‘Love Plane,’ ‘Let’s Celebrate’ and ‘Disco Dancin”) Skyy could also deliver slower numbers with aplomb. ‘For The First Time’ is a mellow beat ballad, as is the sensual ‘When You Touch Me,’ while ‘Real Love’ possesses an anthemic quality and it was no surprise that it proved to be an R&B chart topper for Atlantic (the band’s second recording home) in 1989. Skky also managed to make a smooth transition from a late ’70s disco-soul sound to an early ’80s boogie style and embraced the latter decade’s synth and drum machine technology without losing their appeal. That was largely due to their producer and chief songwriter, Randy Muller, who was a shrewd and savvy operator. Overall, then, this a splendid compendium – and one that will please long time fans as well as providing a good starting place for the uninitiated. To borrow one of the group’s song titles: Get into the beat!