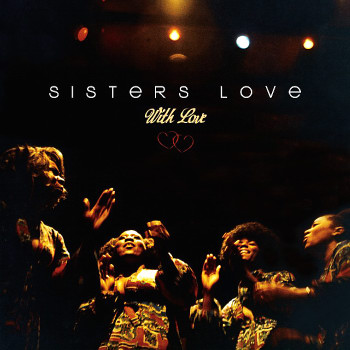 The failure of Sisters Love – a prodigiously talented female vocal quartet from LA – to make a big impact while at Motown Records in the early ’70s has been attributed by some people (including former members of the group) as evidence of record company skulduggery. Soul conspiracy theorists reckon that Motown signed the group – who had recorded a few singles for Man-Child and then A&M in the late ’60s – to nullify the potential threat they posed as rivals to the new look Supremes in the wake of Diana Ross’s departure. The fact that Motown only issued three poorly-promoted 45s and elected not to release the 10-track long player that Sisters Love recorded is seen as evidence that Berry Gordy’s company seemed intent on sabotaging the group’s chances of success to prevent them from competing with other acts on their roster.

Almost forty years on, none of that speculation and conjecture really matters – what really matters is that finally the Sisters Love lost Motown LP is available via US reissue specialist, Reel Music. It turns out to be a fabulous showcase for the group, which started out as a home for ex-members of Ray Charles’s backing singers, The Raelets. Mighty-voiced Merry Clayton was the original lead singer of the group, but by the time Sisters Love arrived at Motown’s short-lived MoWest imprint in 1972, another large-lunged ex-Raelet, Vermettya Royster, was fronting the group.

‘With Love‘ opens with a superb funked-up rendering of Bobby Womack’s ‘Communication,’ with Womack himself supplying funky rhythm guitar. It’s followed by the Willie Hutch penned and produced ‘Mr Fix-it Man,’ a salacious tale with an infectious hook that did get an official release as a MoWest 45 in ’72. Hal Davis produced the lion’s share of the album while songwriting duo, Gloria Jones and Pam Sawyer, penned three of the tunes; the funky ‘You’ve Got My Mind,’ ‘I’m Learning To Trust My Man’ (a rare UK single) and the previously unissued ‘Fast Mack,’ recorded in the hope that it would be used in the soundtrack to the black action flick, ‘The Mack’ (which Willie Hutch ended up scoring).

The group’s sacred music roots are reflected in a stirring version of The Sweet Inspirations’ Spooner Oldham and Dan Penn-scribed ‘Sweet Inspiration.’ The sound of the church can also be heard on the stomping, gospel-fuelled tear-up, ‘Turn Your Lovelight,’ featuring thrilling call-and-response vocal interplay. Five non-album bonus cuts are appended to the main album, including a brilliant funkafied take on Curtis Mayfield’s ‘Superfly’ tune, ‘Give Me Your Love’ (originally a single flipside) and a soulful reading of Van McCoy’s ‘Giving Up,’ as famously covered by Donny Hathaway. Besides the great music, this CD features copious liner notes from A. Scott Galloway, who vividly paints the group’s background history, making this a must-own CD for serious soul music devotees.