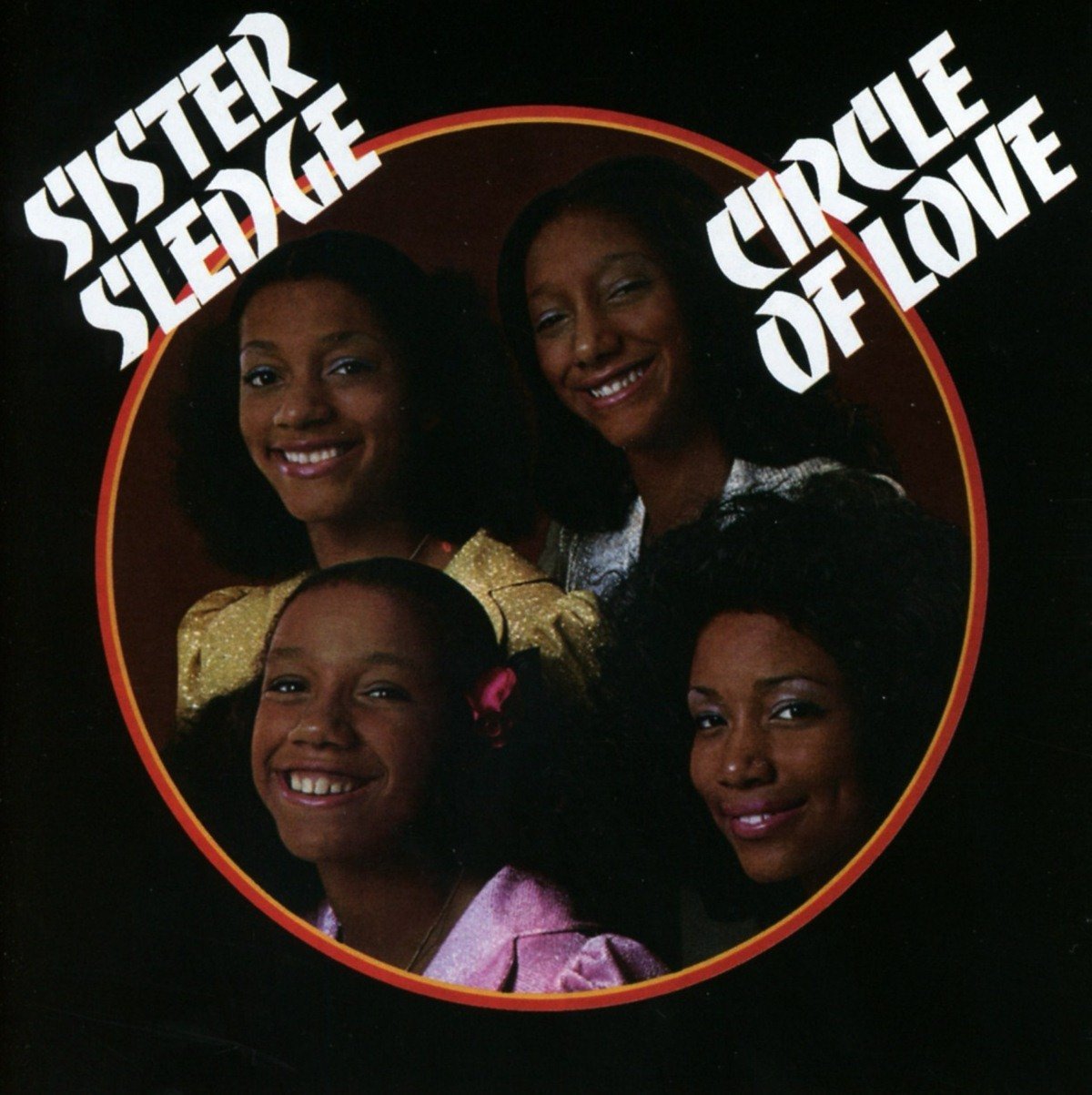 For the general public,  Sister Sledge are best remembered for their disco era hits ‘He’s The Greatest Dancer, ‘Lost In Music,’ and, of course, the anthemic and immortal ‘We Are Family.’ But as any self-confessed member of soul music’s cognoscenti will tell you, the Philly-based family female quartet began their career several years before back in 1973. At that time they were only on the radar of R&B enthusiasts and struggled to achieve the crossover success that they eventually tasted with Chic producers/writers Nile Rodgers and Bernard Edwards. This fabulous reissue revives the siblings’ 1975 debut LP, ‘Circle Of Love,’ released on Atlantic subsidiary imprint, Atco, and, significantly, bolsters it with ten decent bonus tracks consisting mainly of non-album 45s and their flipsides that were issued either side of the LP’s release.

The girls’ debut 45 was a lovely Philly-flavoured 45 called ‘The Weatherman,’ helmed by the Young Professionals, a production team comprising Phil Hurt, LeBaron Taylor, and Tony Bell. A luminous mid-tempo ballad, it showcases the mature vocals of Debbie Sledge, who was just 17 at the time. The track was a commercial Stateside flop, as was its follow up, ‘Mama Never Told Me,’ though the latter – a jubilant slice of proto-disco featuring the lead vocals of 12-year-old Kathy Sledge – charted in the UK and remains a rare groove favourite. The group’s poor chart showing in the US meant that Atco were ready to drop them from its roster but the prospect of CBS signing them gave the sisters a reprieve that resulted in them being put in the studio with Bert DeCoteaux and Tony Silvester who had experienced success working with The Main Ingredient.

What resulted was the Atco LP, ‘Circle Of Love,’ which yielded their first US hit single, ‘Love Don’t You Go Through No Changes On Me,’ a slice of turbo-charged dance music by Gwen Guthrie with Peter Grant, and who were responsible for six of the album’s nine cuts. There’s not a dud amongst them and the album’s maturity and variety – ranging from glistening, sophisticated  ballads to throbbing dance cuts – belies the girls’ tender years.  Its highlights, besides the hit single, include the Patrick Adams-co-written title track, the driving dancer, and ‘Pain Reliever.’

The album made the US R&B charts and was followed up by the jaunty non-album 45, ‘Love Has Found Me,’ before the sisters switched to another Atlantic subsidiary, Cotillion, in 1976 and recorded a session produced by MFSB guitarist and songwriter, Bobby Eli, that yielded three strong songs (present as bonus material), including the Philly-infused single ‘Cream Of The Crop.’ The tune was barely a minor chart entry and it looked as if the group’s career was destined for the dustbin until Nile Rodgers and Bernard Edwards rescued them in 1979, transforming Sister Sledge into household names around  the world. But that’s another story. As for this superb reissue, it covers a neglected earlier chapter in the group’s story that warrants serious investigation by committed soul music fans.