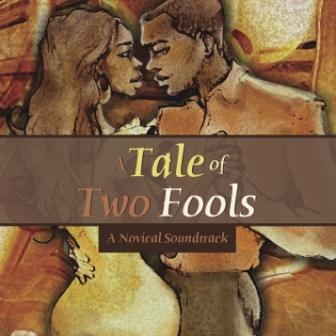 Sir Wick’s ‘A Tale of Two Fools’ has been winning rave reviews from the more savvy soul media since its release in December. Checking it out, we can understand why. The long player is a monumental, genre crossing piece of work (25 tracks) that offers all kinds of everything and, in short, it’s every bit as good as the early reviews have made it out to be!

First a little biography. Sir Wick is the musical alter ego of Detroit trombonist / keyboardist / percussionist/ composer Chad Hughes. “Sir Wick”, we’re told, was his schoolboy nickname. A music graduate of the University of Michigan, Chad’s first proper band was Sir Wick and the Odyssey, but it was under his Sir Wick moniker that he released his first album, the acclaimed ‘An Interpretation Of A Universal Language’.

Now some ten years later, Sir Wick is back with a mightier opus ‘A Tale of Two Fools’ which he describes as the soundtrack to a “novical” – a cross between a novel and a musical. We’re not told if it exists or whether it’s still a concept but the story focuses on perfectionist trumpeter Eli Brooks whose desire to be the best turns him into a sort of social hermit. However he unexpectedly falls in love with Alexandra an ambitious MBA student with offers of a big salaried marketing job. She realises she loves Eli but doubts if he can ever deliver the material luxuries that another boy friend can. We’re not told the denouement, but over 25 cuts Sir Wick musically tracks the relationship and its high and lows. Genre-wise he offers light classical, jazz, hip-hop, gospel, neo-soul, soulful house and , of course, lashings of proper old-fashioned soul music.

The story’s main protagonists are voiced by Anthony Saunders and Angela Birchett. Both possess classic soul voices and, though, we’re not told, it’s clear that Ms Birchett’s roots are in gospel. She fronts a number of modern gospel tunes – notably ‘What A Mighty God We Serve’ and an inspired version of the traditional gospel song. ‘Down By The Riverside’. Mr Saunders has a fine set of pipes too – comfortable and convincing on both the soul and jazz numbers that Sir Wick puts his way. ‘I Love You’ – a Philly style ballad – is one of his standouts.

However, with an album of such consistent quality, it would be churlish to cherry pick. Right now, though, we’re loving the lazy ‘Give My Love’ (redolent of Take 6), the Friends Of Distinction flavoured ‘Antoinette’ and the meandering modern soul groove that is ‘You Are My World’ complete with some crazy trombone from Sir Wick himself. Dancers will love the self-explanatory ‘Dance Tonight’ while romantics everywhere will cherish the sweet ballads and the classical interludes.

We did say that we wouldn’t cherry pick… so let’s leave it there. Just to say that Sir Wick and his team have crafted each and every track here with maximum care and an overload of love… it shows!