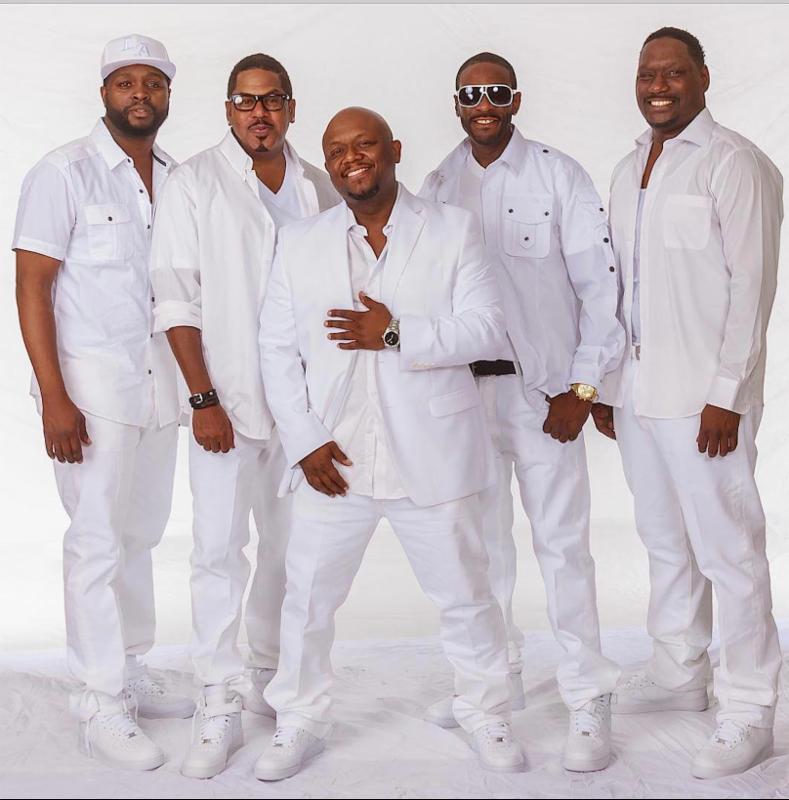 Five piece harmony soul group Silk began their career as, what I guess, we could call a “boy band”. Three of the original quintet met while flipping burgers in McDonalds and after recruiting two more friends the team scored a deal with Keith Sweat’s Keia label. The hits soon started to flow –most notably ‘Freak Me’. ‘Lose Control’ and ‘Girl U For Me’ but though they were, then, very much part of that whole boy band thing their music was always a touch softer and a little less in your face than much of what their contemporaries were working with. There was another significant difference between Silk and their contemporaries; Silk weren’t a “manufactured band”… put together from disparate elements by a music mogul quick to make big bucks from the latest trend. Silk were, and still are, a group of friends and that bond has kept them together and now some 25 years down the line they’re still working!

‘Quiet Storm’ is Silk’s first long player in ten years and the LP’s title really says it all. The album sees the quintet in unashamed romantic mode. The set’s first single, ‘Love 4 U 2 Like Me’ (released a month or so back) heralded what the album was all about – gentle melodies, sweet harmonies and romantic lyrics. There’s more of the same on ‘It Only Takes One’ and the title track (not the Smokey Robinson song, by the way). On some of the other cuts, the romantic approach is a little more direct… the titles on ‘Slow Grind’, ‘Baby Suit’ and ‘Baby Maker’ don’t need too much explanation but they’re not that coarse. Maybe not too subtle but their soundscape is still gentle enough for the cuts to be paylisted on any “Quiet Storm” radio show, which is where I’m guessing the album is aimed. By the way, there is one cut that is a little out of kilter from the rest of the set. ‘Billionaire’ is a bumpy, mid-tempo modern soul groove rather than a lush romantic affair. The harmonies on this are particularly fine… they must have had plenty of practise behind that McDonalds’ grill!