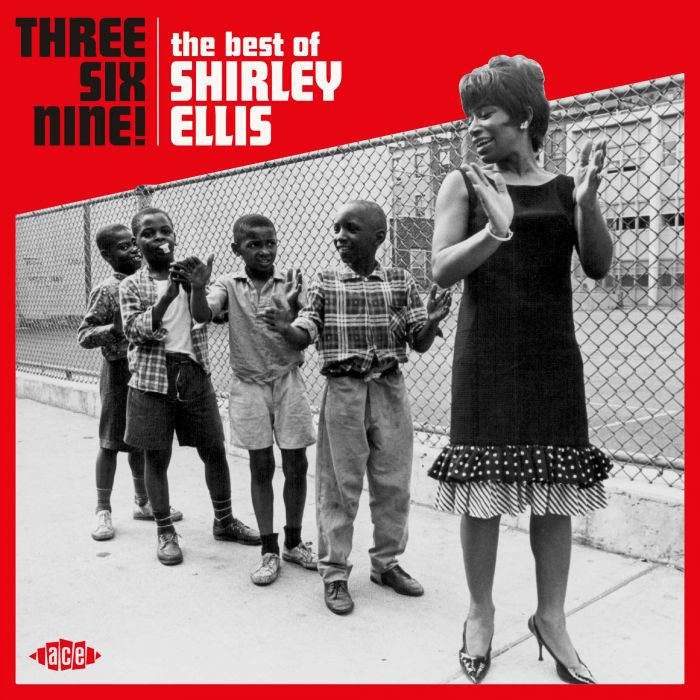 To most, Shirley Ellis is best known for her novelty hits – stuff like ‘The Clapping Song’, ‘The Name Game’ and the even more bizarre ‘Ever See A Diver Kiss His Wife While The Bubbles Bounce About Above The Water’! The Northern fraternity still love her magnificent anthem ‘Soul Time’ while collectors will cite her version of ‘The Nitty Gritty’ (the original, by the way) as every bit as soulful as the better known Gladys Knight version. But there was so much more to Shirley (born Shirley O’Gara in Harlem in 1929) than that handful of tunes… and this new 24 track Ace collection amply makes the point.

Of course, all those novelty hits are here (the excellent sleeve notes explain their meanings – especially the names in ‘The Name Game’) alongside ‘The Nitty Gritty’ and ‘Soul Time’ but to get the real measure of Ms Ellis just listen to her intense version of the Clyde McPhatter-led Drifters’ ‘Such A Night’. Penned by her producer, Lincoln Chase, Shirley’s version lost out in the chart race to someone called Elvis Presley! Other familiar songs given new and soulful treatments by Shirley include ‘Kansas City’, ‘Bring It On Home To Me’, ‘Back Track’ and ‘Yes I’m Ready’. Those last two were produced by the legendary Charles Calello and the take of the Barbara Mason Philly song gives the original a proper soul run for its money.

Never a major “name”, Shirley Ellis died in 2005 aged 76 and hopefully this long overdue retrospective will help establish a bigger and better reputation for her.