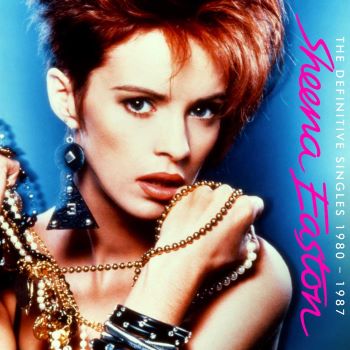 Normally SHEENA EASTON’S achievements wouldn’t trouble these hallowed pages but remember she was good enough to attract the attention of Prince and to work with soul folk like Nile Rodgers, Narada Michael Walden and Nick Martinelli. So what’s good for them is good enough for us, et voila, we present what seems to be the first of several Cherry Pop releases chronicling the career of the wee lass from Bellshill, Bonnie Scotland who rocketed to fame on the back of a TV programme, ‘The Big Time’.

As the title clearly indicates this  3 CD box offers all the singles  she cut for EMI, and it kicks off with the two songs that kicked it all off – the cheery pop ditties ‘Modern Girl’ and ‘Modern Train’. Amongst the other notable milestones amidst the collection is the rather superior Bond theme ‘For Your Eyes Only’.

That then brings us to Prince. Because this is an EMI based retrospective there are only two Prince collaborations here – ‘ Sugar Walls (which Prince masterminded as “Alexander Nevermind”) and ‘Eternity’. Interestingly, it seems, the former was banned in parts of the USA because plenty thought that “sugar walls” referred to vaginal linings… Ms Easton has kept her lips closed on the issue!

The Nile Rodgers’ productions include a predictable cover of ‘Jimmy Mack’ while Narada Walden is involved in ‘So Far So Good’ – an electro outing, a genre Ms Easton embraced after ditching cutesy pop of which the collection boasts plenty – 7”  and 12” versions and rare mixes… the lot! Sheena Easton fans will be delighted, of course, and hopefully as her reissue programme develops, we can hope for more of the Prince stuff