SHAKATAK: On The Corner (Secret Records) 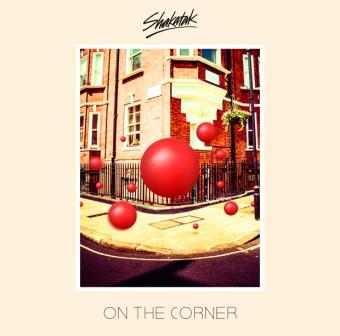 UK smooth jazzers Shakatak have enjoyed a remarkable longevity. They debuted in the early 80s and have over 50 releases to their credit – all with an easily identifiable sound that is “uniquely Shakatak”. For many years now the band’s core players (Bill Sharpe, keys; Roger Odell, drums; George Anderson, bass and Jill Saward, vocals) have honed that sound and they enjoy huge international popularity – witnessed by the strong worldwide sales for their last album, ‘Once Upon A Time’, a collection of their greatest hits presented in new acoustic arrangements.

The legions of fans who bought that last long player will surely buy into this brand new collection which offers 14 brand new tracks all stamped with Shakatak’s unique musical trademark. The album’s title cut, which opens proceedings, is classic Shakatak – sharp, bright and brimming with optimism. Bill Sharpe’s crystalline keys sparkle between Jill Saward’s ever precise vocal lines while in the engine room Roger Odell and George Anderson keep it all together seamlessly. There’s more of the same on ‘The Greatest Gift’, ‘Deeper’ and ‘Jazz And Romance’ while on ‘No Clouds’ things are just a touch gentler. ‘Sao Paulo Sunshine’, as you might well have guessed, is the album’s big Latin moment and the set’s big ballad is ‘To Be In Love’.

‘Good Times’ is the album’s densest cut. It’s about as funky as Shakatak will ever get. It’s a very polite funk but driven along nicely with some tasty sax from Derek Nash, moonlighting from duties with the Jools Holland Band. Nash is on hand for the dreamy instrumental, ‘She’s Not Here’ which brings the album proper to an end. There are, though, two added “bonus” cuts – a Latin mix of ‘On The Corner’ and an energized “dance” mix of ‘The Greatest Gift’ which really does move briskly… it’s another classic Shakatak moment amongst many here.