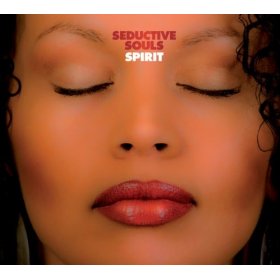 Seductive Souls are the newest outlet for the prodigious talents of Germany’s Rob Hardt – he of Cool Million fame and the head honcho of the Sed Soul label… though despite the outfit’s name this 11 tracker appears on Hamburg’s Lounge Records… strange. Nothing odd about the music though – hugely accessible, good old fashioned modern soul with a Latin twist. (Modern soul fans will, I’m sure, understand that last paradox). Cool Million, of course, offered a classic modern soul sound – bright and brash. Here Hardt has tried to create some subtly different flavours. We’ve already alluded to the Latin garnish – heard to best effect on the gentle hip-swayer ‘Your Love’ though both ‘Seductive Hustle’ and ‘Favela Funk’ are great tunes too. The former features some fine Vince Montana style vibes while the latter has a real funk undertow to it. Our man, Hardt also tries for something that has a deeper soul – like ‘Real Love’ (featuring Donald McCollum on vocal) and ‘One Love’. They’re tempered by some lighter, almost disco style cuts –try ‘Love Don’t Hurt At All’ and ‘Is This Love’. Then there’s the lead single – a cover of Brick’s ‘Dazz’. Again it features McCollum on lead and comes in a special extended Tom Moulton mix – a lot more down and dirtier than you’d ever get from Cool Million. And, that’s the beauty of this collection… it’s different – and offers plenty of differences within its own confines. Hardt is clearly no one trick pony and his standing in the soul world is such that he can entice top people to work with him. We’ve already mentioned Tom Moulton and Donald McCollum, but ‘Sprit’ also features Cleo Fernandes, Sulene Fleming, Aaron Washington, C. Robert Walker and Jamaican poet Michael Arrk. Together they make great music. What next for Hardt?