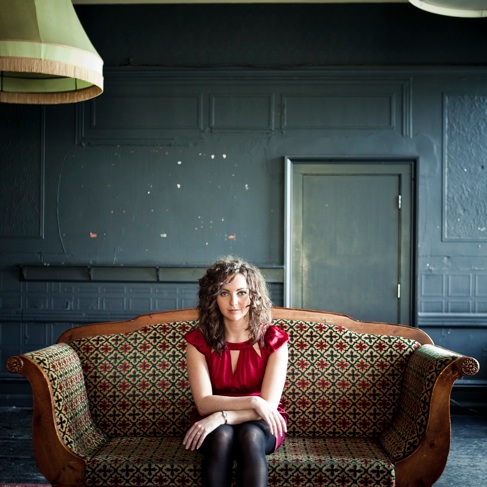 A graduate of Sir Paul McCartney’s celebrated LIPA, Sarah Brickel typifies the spirit of the thoroughly modern musician. Confident in and happy with her own talents (both as performer and writer), she’s taken control of her own artistic destiny by not only setting up her own label but by creating her own studio … albeit in her garden shed! Throughout 2009 she was signed to a major label and released her debut – ‘You Give Me Something’, but label promotion was minimal and nobody seemed prepared to make anything happen … ergo, the move to independent status and this lovely, new ten tracker which has the light, soul-jazz feel of Corinne Bailey Rae… but like her fellow Yorkshire performer Sarah’s music has a real edge.

Witness that grit at its steeliest on ‘Money Talks’. This jazzy meander has a hard undertow (maybe provoked by her experiences with that major label?) which is cleverly softened out by some sweet sax courtesy of Joel Purnell. It’s one of eight self-penned songs on the set and any of them would sit perfectly on the Radio 2 playlist. ‘When You Look In From The Outside’, ‘Before We Say Goodnight’ and the ‘Sun’s Gonna Shine’ are particularly sweet while ‘New Dimension’ is a little more bumpy with a bass line that might recall Bill Withers’ ‘Lovely Day’.

The two non-originals are interesting choices. They are the jazz standard ‘At Last’ and ‘Don’t Let Me Be Misunderstood’ – best-known in its version by growling 60s band, the Animals who themselves took it from Nina Simone’s back catalogue. It says much about Sarah’s confidence that she’s prepared to take on two such well-known tunes and like a seasoned artist she tackles them head on – offering very different  interpretations to the well known versions. ‘At Last’ is laid back, almost chilled; while ‘Misunderstood’ offers the malice inherent in the better known takes via lots of beguiling innocence… and by the way, neither sound like they were recorded in a shed! To investigate more go to www.sarahbrickel.com