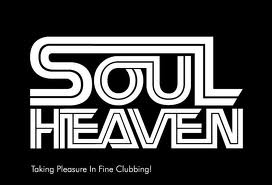 Born in Dallas, Texas but working out of Holland, Sandra St Victor boasts an intriguing CV. An integral part of The Family Stand, she’s worked with and had her songs recorded by the likes of Prince, Common, Chaka Khan, Tina Turner, Roy Ayers, The Red Hot Chilli Peppers and Ziggy Marley. Poignantly, she also duetted with Curtis Mayfield on ‘I Believe In You’ – a key track on the Gentle Genius’ very last album. More recently she’s toured the European festival circuit with “Daughters of Soul” – a loose aggregation that at times has included Nona Hendryx, Deniece Williams, Caron Wheeler, Lalah Hathaway, Indira Kahn, Simone Simone and Leah McCrae. In between she makes her own enigmatic albums and this latest (her third) – ‘Oya’s Daughter’ – is exactly that… even the title is shrouded in intrigue. Oya, we’re told is the Yoruba under goddess of storms and change – the owner of the winds, no less. Sandra states that wind is symbolic of the power of thought and as Oya’s adopted daughter the singer demands us to think about and react to her songs.

If you’re still with us you’ll discover a provocative, sometimes ethereal, sometimes funky neo/nu soul long player that will certainly provoke. One of the key tracks is ‘Stuff Momma Used To Say’. The clipped beater’s lyrics are based around the things Sandra’s late mother was fond of saying. ‘Spirit Talk’ rides another tight groove while the more difficult ‘Sugarfoot Is Dead’ has the potential to become a neo-soul classic. Semi-spoken in the style of prime time Jill Scott, it repays repeated plays as you wrestle with the concepts of “wrestling with angels, dancing with gnomes and putting logic to bed”! Much more direct is the funk of ‘What Have We learned’… you probably won’t be surprised to learn that Sandra’s answer to that question is “nothing”.

By now you’ve probably guessed that this is no ordinary soul album. Throughout (and indeed as ever) Sandra St Victor is her own woman and here she has crafted the thinking person’s modern soul set. Never an easy listen, ‘Oya’s Daughter’ requires the listener to put in some effort and if you’re prepared to do that you’ll find your own rewards.