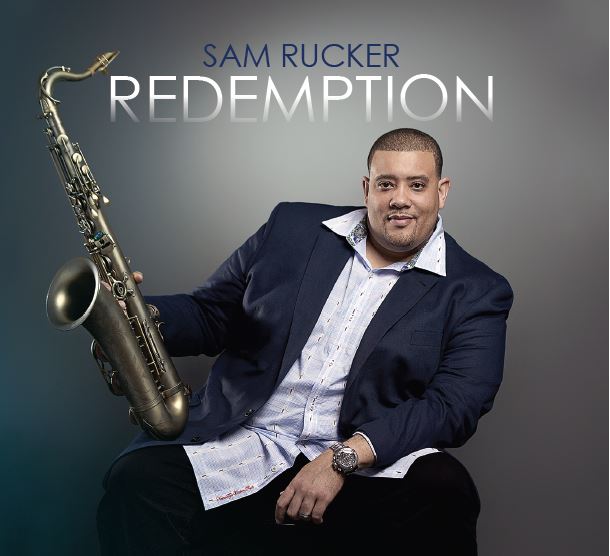 The 11 track ‘Redemption’ is smooth jazz sax man Sam Rucker’s third long player as leader and we’re told that the recording and release of the album has provided a cathartic release for the Virginian musician. You see, when he released his last album ‘Tell You Something’ he was going through a divorce. The pain and the heart searching that go with marital difficulties often leave deep scars, but by opting to record what is essentially a feel-good, gospel-based album , Sam believes he has broken through to better times; indeed he’s newly married and looking forward rather than over his shoulder.

That said, for all its inherent optimism, ‘Redemption’ is tinged with an element of sadness. Tragically two of the set’s featured guitarists, Justin Taylor and John Calisto died shortly after recording their contributions to the collection – the gentle ‘Overcomer’ , the seven minute ramble that is ‘True Love’, ‘Forever Forgiven’ and ‘I Am With You’ – those last two being balladic moments with the former featuring a short vocal from Wanda Jay who sweetly caresses the gospel message of the lyric. ‘Down On The Inside’ and ‘True Love’ (the set’s lead single) are focus vocals too while ‘Please Child’ has J Regina Blackwell’s vocal duelling with Rucker’s tenor.

Throughout, though, the star of the show is Rucker’s old school sax sound – raw and real, it’s clearly the source of his redemption.