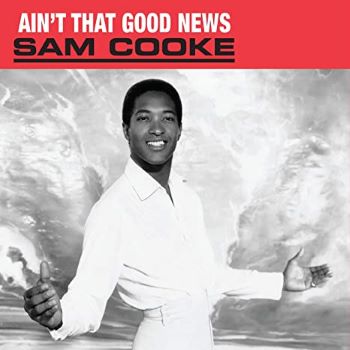 To tie in with the release of the ‘One Night In Miami’ movie, ABKCO have just released three wonderful Sam Cooke albums on vinyl. The film tells the story of the night of February 25, 1964 when a young Cassius Clay (shortly before he became Muhammad Ali) defeated Sonny Liston to become world Heavy Weight Champion. After the triumph Clay decamped to the Hampton House Motel. There he celebrated his win with three of his closest friends: activist Malcolm X, football star Jim Brown and singer Sam Cooke. In the movie Cooke is played by ‘Hamilton’ star Leslie Odom Jr who gets to sing a selection of Cooke songs along with one new one, ‘Speak Now’. However, as Dobie Gray once said; “the original is still the greatest” and to prove it, just dig into any/or all of these reissues! Here, you’ll enjoy the consummate craft of soul’s first superstar and lavish in the warmth of one of the 20th century’s finest voices … a voice and style that has influenced generations of soul singers from Otis Redding, through to Marvin Gaye and onto John Legend, Aloe Blacc. and more.

The first of the new reissues is the landmark ‘Ain’t That Good News’. Released in March 1964, it was the singer’s last studio album before his untimely murder in December of that year and it’s built around one of his most famous and enduring songs, ‘A Change Is Gonna Come’ which proved that soul music could deliver much more than sweet ballads and good time dance tunes. The song has been covered countless times (most famously it was one of three Cooke covers on the ‘Otis Blue’ masterpiece) but here in its original setting the poignancy is palpable. Sadly, real change is still to come. ‘Ain’t That Good News’ offers more Cooke classics – like the title track, the massive ‘Another Saturday Night’ hit and an interpretation of ‘Tennessee Waltz’.

‘At The Copa’ is the second new vinyl reissue. It was released in October 1964 and it was recorded live over two nights at New York’s Copacabana Club in June that year. The 13 tracker captures Cooke at the height of his powers and his people would have been delighted that their man was playing such a prestigious night spot – a million miles away from the juke joints and chittlin’ circuits where most black artists had to be content to play. The gig would have been set up to give Cooke a degree of credibility with the white middle classes and consequently the repertoire is a little more MOR that you might expect. But it’s that special voice that carries the day. He delivers beautifully on things like ‘The Best Things In Life Are Free’, ‘Bill Bailey’, ‘If I Had A Hammer’ and ‘When I Fall In Love’. Interestingly there’s also a take on ‘Try A Little Tenderness’ – another song later favoured by Otis Redding.

The third new Cooke album is ‘Keep Movin’ On’ and a cover sticker proudly proclaims, “first time on vinyl!” Indeed, true – you see the 23 tracker (offered here over 2 LPs) was first issued as CD in 2001. In effect it collects the best of a Sam Cooke’s output through ’63 and ’64 when his soulful style was crystalising and pointing to what might have been had he not been gunned down in that seedy Los Angles motel. Focus track, once again, is ‘A Change Is Gonna Come’ but you can also enjoy (amongst many gems) the lovely ‘Good Times’, ‘That’s Where It’s At’ and ‘Shake’ which proved that the one-time angelic gospel man could shake that tail feather with the best! (‘Shake’ was another Cooke song espoused by Otis Redding. It kick starts side 2 of ‘Otis Blue’).

All three vinyl alums are out now via ABKCO