SALAAM REMI: One In The Chamber (Flying Budda/Sony) 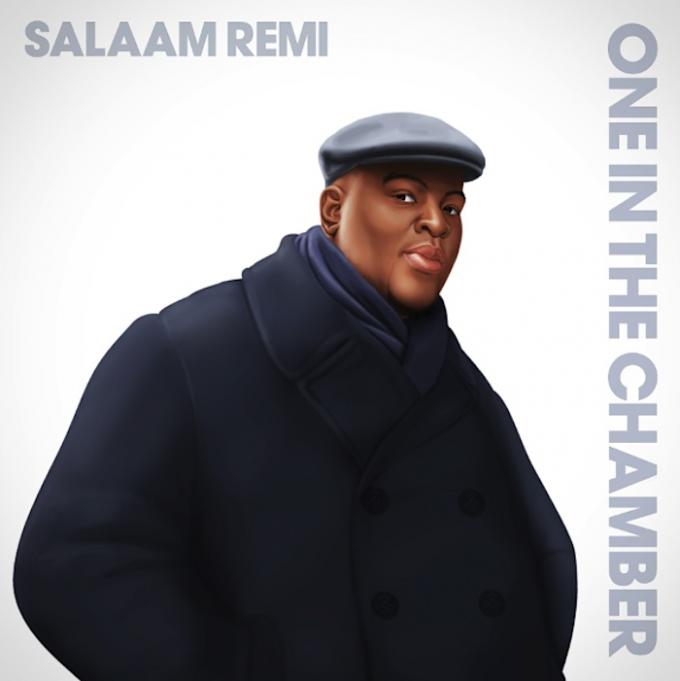 It’s taken New York born uber-producer Salaam Remi (Gibbs) almost 20 years to release his first solo album as an artist … but to describe ‘One In The Chamber’ as a solo effort isn’t quite accurate. For this 12 tracker, released on his own label, Remi’s brought in a whole crew of tried and tested vocalists to help him deliver his ideas and by and large he consciously tries to move away from his trademark reggae-tinged soul and R&B… referred to by some critical critics as “broken bottle” music. Amongst those featured on the long player are Ne-Yo, Corinne Bailey Rae, Estelle, Lemar, Jordin Sparks and Akon who features on the title cut which opens proceedings. The song’s built on a strong chassis; very tight beats and a decent melody – but Akon’s typically eerie and detached vocal holds things back. His nasal (Auto-Tuned?) voice destroys the song’s inherent soul quotient. There are better bets for the contemporary soul brigade. Try ‘More Than Music’ for starters. This one has Lemar out front and his committed delivery leaves you to wonder where he’s been for the last year or two. There’s more UK soul talent on display. Estelle features on the rolling ‘Cup Of Tea’ and Corinne Bailey Rae leads on the much more delicate ‘Makin’ It Hard For Me’. Though very different to each other, both continue the work Remi was doing with Amy Winehouse. They’re definite album highlights.

Other goodies include a lovely Ne-Yo- led ‘Everything I Need’ (very Ne-Yo, if you see what I mean), ‘Chocolate Brown Eyes’ featuring Jordin Sparks (a sweet contemporary R&B ballad) and ‘You’re My Angel’ (on which C J Hilton’s vocal adds to the set piece drama). I found it more difficult to connect with the cover of ‘Eleanor Rigby’. Remi offers it respect and doesn’t tamper too much but with the help of Stephen Marley it has just a hint of the Caribbean about it and out of the whole album this is the one that most harks back to the producer’s trademark sound; it doesn’t quite convince.

Then there are three instrumental cuts. The title of ‘Dah Dah Daht Dah’ tells you it’s a bit of a throwaway item – more a sketch than a proper tune. Much better is the atmospheric ‘Levis Place’. This one is a guitar-led soul-jazz instrumental invoking the spirits of Wes Montgomery and Grant Green and it throws new light on Salaam Remi’s roots and influences. Ditto a cooking cover of Keni Burke’s ‘Rising To The Top’. Remi focuses on all the key riffs and bass lines but drenches them in luxurious instrumentation to create a hugely atmospheric track. The soul brigade will love this one, and indeed they could do worse than investigate the whole album. They shouldn’t be put off by the album’s marquee name. Yep, Remi has worked with some hip-hop giants, but there’s no rap here; rather, you’ll enjoy a collection of intriguing, contemporary soul and R&B.