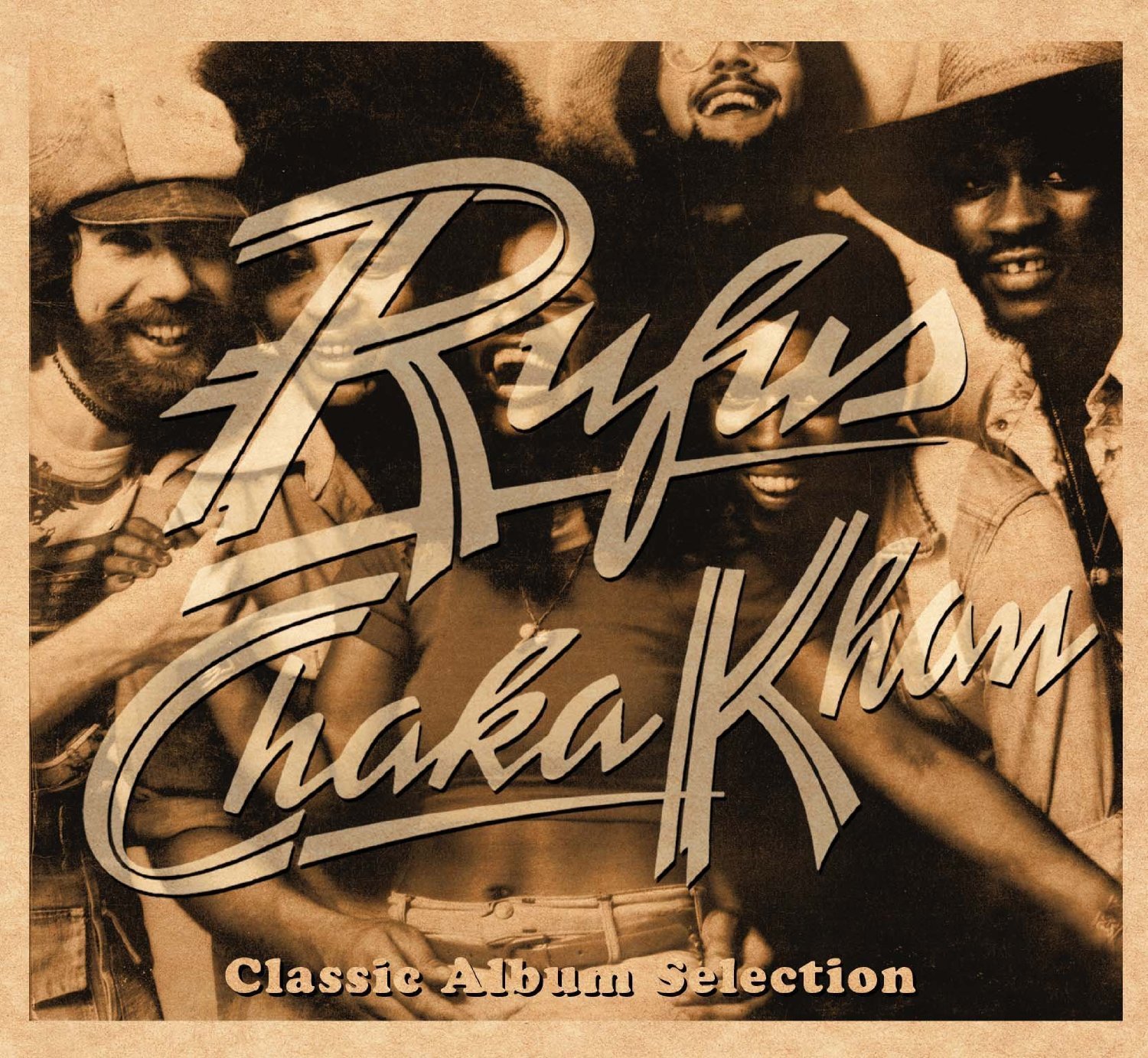 With their fiery meld of funk and soul, Chicago sextet Rufus were one of the best and most potent US R&B groups of the 1970s but inexplicably had minimal impact in the UK, where their singles and albums for the ABC label were largely ignored. The group only seemed to come on the radar of the UK general public in 1983 when a revamped incarnation of the group – reunited with their powerhouse lead singer Chaka Khan for the Warner Bros. LP ‘Live – Stompin’ At The Savoy’ – scored a global hit with ‘Ain’t Nobody.’ For those who are acquainted with that evergreen ’80s classic and wish to delve deeper into the band’s back catalogue, this new six-album set offers the perfect opportunity to get to know Rufus better.

The phenomenal Chaka Khan, of course, needs no introduction to soul fans but back in 1973 the singer born Yvette Stevens was an unknown aspiring chanteuse who had equal billing with the rest of the band and shared vocal duties with keyboardist Ron Stockert. Their debut LP, ‘Rufus,’ leads off this collection and  has some good moments – in particular Chaka’s sensational renditions of Allen Toussaint’s ‘Who’s Thrilling You (Is Killing Me)’ and Stephen Stills’ ‘Love The One You’re With.’  A solid debut was followed by ’74’s much-improved  ‘Rags To Rufus,’ whose key highlights are the Stevie Wonder-penned ‘Tell Me Something Good’ and ‘You Got The Love,’ the latter the band’s first US R&B #1. By this time Chaka was the sole lead vocalist and her importance to the group’s success was highlighted by her being singled out for separate billing (the LP’s attributed to Rufus featuring Chaka Khan) on 1975’s tremendous ‘Rufusized.’ It was also significant in that it introduced new members Tony Maiden, on guitar, and bassist Bobby Watson, who helped to give Rufus’s rhythm section a superior form of funk and soul power. The album’s an absolute classic and among its high points are ‘Once You Get Started,’ ‘I’m A Woman (Everybody Needs One’), and a superlative cover of Bobby Womack’s ‘Stop On By.’

Also released in ’75, ‘Rufus Featuring Chaka Khan’ maintained the band’s momentum by topping the R&B album charts and also yielded the hits ‘Dance Wit Me’ and the lovely ‘Sweet Thing.’ ’77’s ‘Ask Rufus’ with its opulent strings arrangements (courtesy of the late Clare Fischer) on the gorgeous  ‘Close The Door,’  ‘Earth Song’ and ‘Egyptian Song’ was more ambitious but was still packed with R&B hits (‘Hollywood’ and ‘Everlasting Love’). For this writer, it represents the pinnacle of their musical achievements in the 1970s (though ’79’s Quincy Jones-helmed ‘Masterjam’ for MCA, and not included here, comes a close second). By contrast, the final album in this set, ’78’s ‘Street Player’ isn’t as impressive or cohesive and it was no surprise that Chaka Khan, who’d become a start in her own right by then, left the band after that to pursue a solo career.

Though often overlooked by soul, funk and R&B historians – as well as fans of those gneres, especially here in the UK – Rufus were a profoundly influential band who have been much sampled in the hip-hop age. This handy, no-frills retrospective is a timely reminder of how good they really were. The music sounds great (though there’s no evidence of any remastering)  and each album is attired in a mini-replica gatefold LP sleeve. On the downside, collectors will lament the absence of the original album credits and liner notes. Also, the inner part of the gatefold sleeve to Rufus’ eponymous 1973 debut shows pictures of a later incarnation of the band taken in 1981. Despite this careless error and the other minor blemishes mentioned previously, this is a box set worth owning.