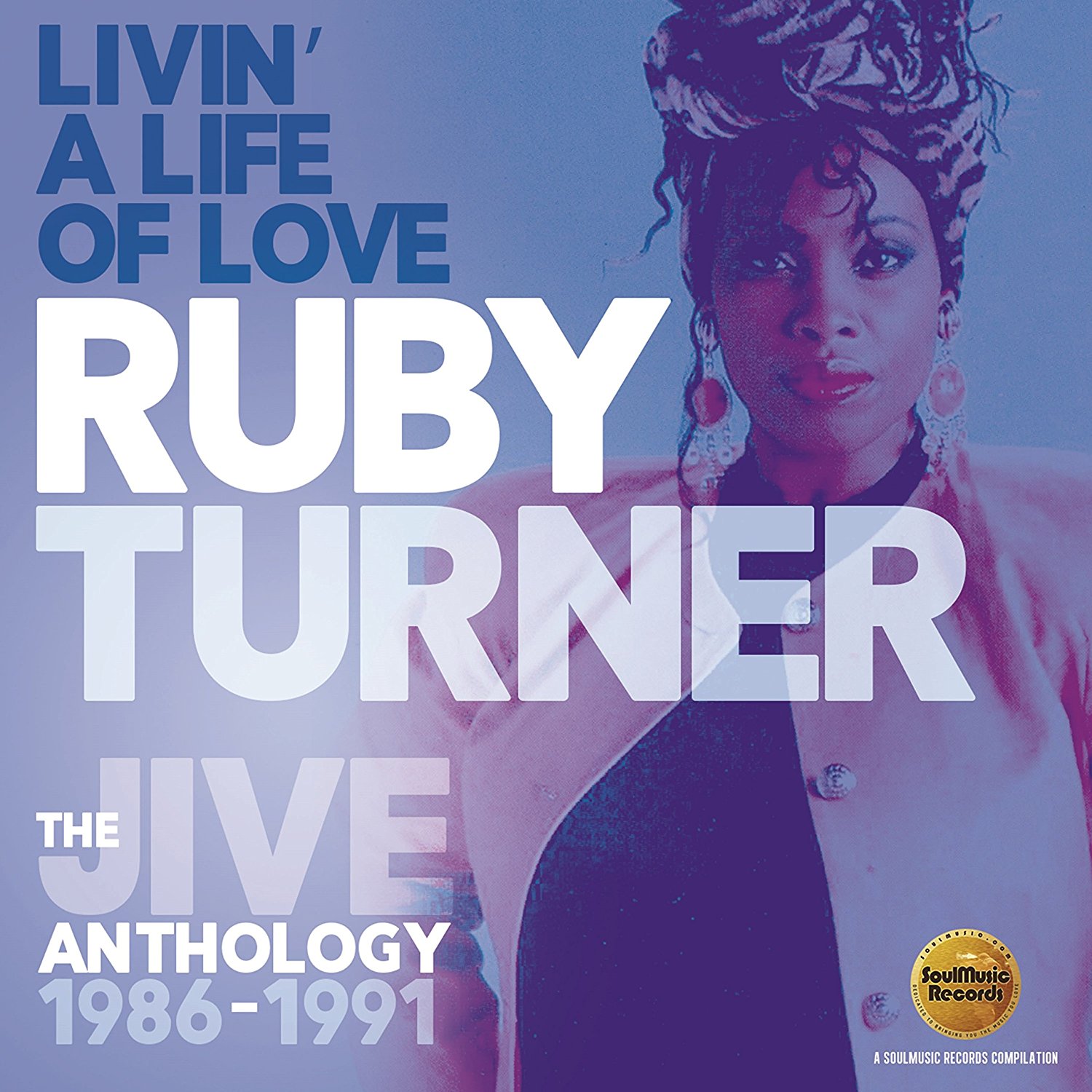 Born in Jamaica’s Montego Bay and raised in Handsworth, Birmingham, MBE-decorated Francella Ruby Turner is regarded as a national treasure here in the UK, where she’s had hit records, sung background vocals with pop and rock royalty (everyone from Mick Jagger and Jools Holland to Brian Ferry and Steve Winwood), and acted on stage and screen. This excellent new anthology takes us back to the dawn of Ruby’s solo career when her stint as a backing singer with Culture Club led her to sign a solo deal with Jive Records, then a rising R&B label. She was with the label for five years and her stay there yielded five albums, the highlights of which can be found on this 32-track retrospective which includes all her charting UK and US hits as well as key LP cuts and some essential extended mixes.

For those that are only familiar with Ruby via her more recent association with Jools Holland’s Rhythm & Blues Orchestra, ‘Livin’ A Life Of Love’ might come as a surprise in terms of the singer’s versatility and range of material. The fact that she scored a US R&B chart-topper in 1990 with ‘It’s Gonna Be Alright’ shows that thirty years ago she was comfortable with being at the cutting-edge of pop-slanted soul despite the fact that she began her recording career doing covers of soul classics  – namely, her duet with Jonathan Butler on The Staple Singers’ ‘If You’re Read (Come Go With Me) and Etta James’ ‘I’d Rather Go Blind.’ Ruby also did an LP devoted to Motown songs (‘The Motown Songbook’) and included from that set here are faithful revamps of The Temptations’ ‘Just My Imagination (Running Away With Me),’ The Four Tops’ ‘Baby I Need Your Lovin” and Jimmy Ruffin’s ‘What Becomes Of The Brokenhearted’ (all three songs feature cameos by the original Motown recordings artists, namely the Tempts, Tops and Ruffin).

As good as these Motor Town reboots are, Ruby shines even brighter on contemporary material. The best of these is ‘In My Life (It’s Better To Be In Love),’ a deceptively simple but hauntingly beautiful and poignant  beat ballad written and produced by ex-Time keyboardist Monty Moir, who helmed Alexander O’Neal’s ‘If You Were Here Tonight.’ Thankfully, this compilation contains the superior 12-inch extended version, which arguably is Ruby’s best ever recording. Other highlights on the anthology come in the shape of ‘It’s A Cryin’ Shame,’ the Brixton Bass Mix of ‘It’s Gonna Be Alright,’  the dance floor-oriented ‘The Vibe Is Right,’ and the Soul II Soul-influenced Club Mix of ‘Rumours.’  They all conspire to etch a vivid portrait of Ruby Turner’s fertile and hugely satisfying tenure at Jive Records in the late ’80s and early ’90s.