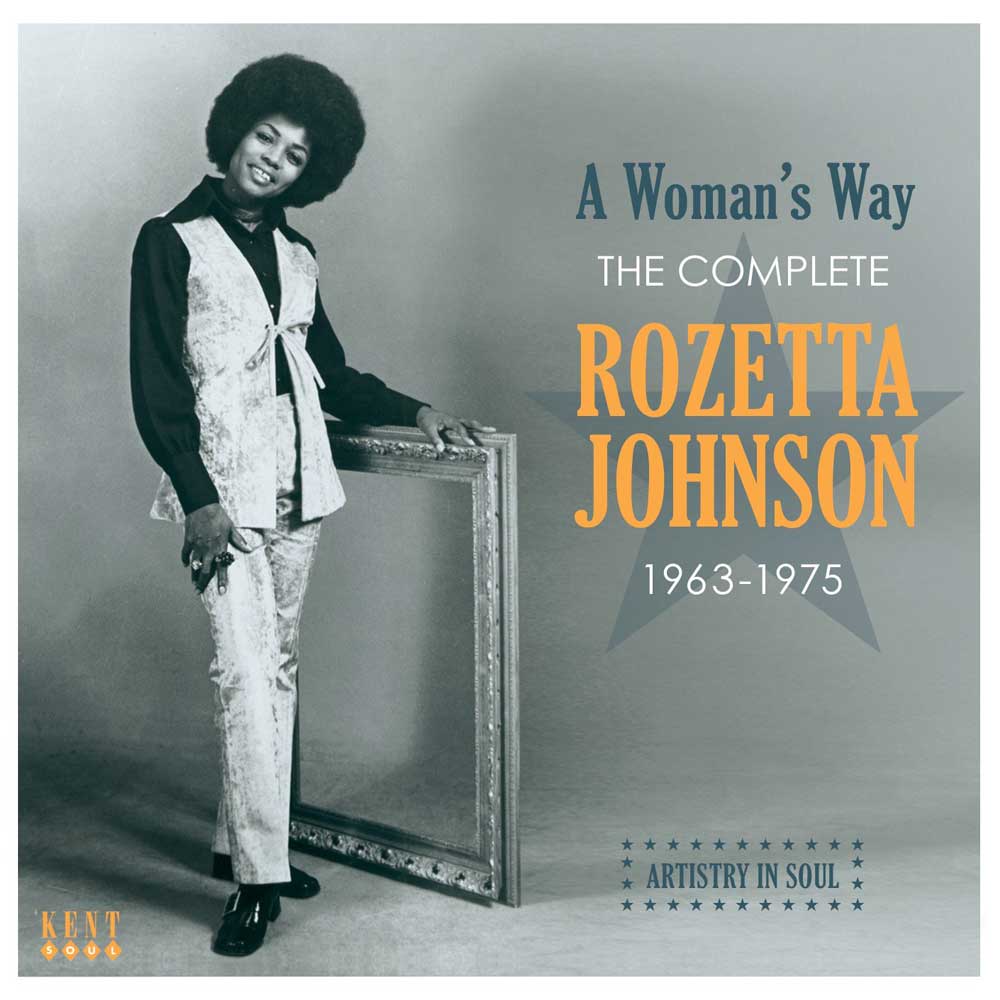 Born down in deepest Alabama, Rozetta Johnson was a southern soul singer who never achieved the success that her talent deserved. That said, her work is revered by collectors of real soul music…. many of whom who were turned onto her by soul commentator, Dave Godin. Dave was (indeed still is) known throughout the soul world for all kinds of things … championing the early Motown label, creating the term “Northern” soul and penning provocative columns amongst them. One of his greatest achievements though was his curating of a series of “Deep Soul” albums that are treasured by all who know them. One of the tracks he included in his series was ‘Who Are You Gonna Love’ from Ms Johnson and that tune is one of the focal points on this new Kent 22 track retrospective album on the singer.

That 1971 recording was released via Moonsong/Clintone but prior to that Rozetta had recorded for NRC and Jessica. Collectors will be delighted to have her recordings for those early labels so easily available. At NRC, she was credited as “Rosetta Johnson and the Organettes” and the two included cuts … ‘Willow Weep For Me’ and ‘I Understand My Man ‘(both with live atmospherics) are notably different to her later deep soul cuts. Similarly the Jessica tracks (which were also licensed to Atlantic), ‘That Hurts’ and ‘It’s Nice To Know You’, are catchy pop/soul (albeit top notch and with the emphasis on “soul”) rather than the bleak, haunting deep soul for which she’s best known.

Rozetta’s stylistic turnaround came after she moved to the Moonsong/Clintone label group where she was paired with aspiring song writer, Sam Dees and the pairing was a match made in deep soul heaven. Her first two recordings for Moonsong/Clintone – ‘A Woman’s Way’ and the aforementioned ‘Who Are You Gonna Love’ – became R&B hits but extended success eluded Rozetta Johnson, despite more top drawer Dees’ songs and even a soul-rending version of the Bee Gee’s ‘To Love Somebody’.

As the hits dried up, so too did the live engagements, so Ms Johnson found work as school secretary only flexing her vocal chords in church. After divorce, she did go back to club work… earning a local reputation as a jazz singer. Indeed she was inducted into the Alabama Jazz Hall Of Fame in 1982. Rozetta Johnson died in 2011. By then though she had the pleasure of knowing that her searing soul stylings of the 70s had at last found an appreciative audience, albeit in the UK and Europe.