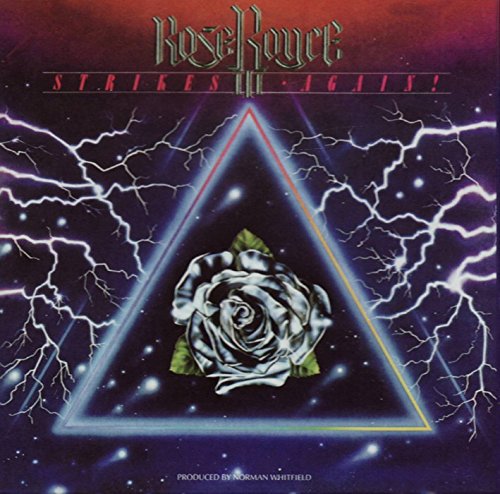 In the early ’70s, the Undisputed Truth were producer Norman Whitfield’s main conduit for his sonic experiments but in 1976 after leaving Motown, he turned his attention to an LA group called Total Concept, who had functioned as Edwin Starr’s backing band. Whitfield saw their potential, recruited a female lead singer, Gwen Dickey (who also used the pseudonym Rose Norwalt), and with one wave of his magic wand transformed them into Rose Royce. From the off they bust the charts wide open with the bestselling soundtrack LP to the successful movie, ‘Car Wash,’ which showcased their super-funky sound. Just reissued is ‘Strikes Again!’, the band’s third LP and the follow-up to their chart-topping US R&B album from 1977, ‘In Full Bloom.’ Originally released on their producer’s own Whitfield label in ’78, it’s best remembered for including the classic hit ballad, ‘Love Don’t Live Here Anymore,’ a song that has led a charmed life and has been covered by artists as disparate as Madonna, Jimmy Nail, and Faith Evans with Mary J. Blige.

Despite its familiarity, thirty-eight years down the line, Rose Royce’s original version of Miles Gregory’s tune remains the definitive version, characterised by popping syn drums and a superbly expressive and desolate vocal from Gwen Dickey, who also shines on the delicate ‘Angel In The Sky,’ a song written by the Undisputed Truth’s Billy Calvin. Another great ballad, ‘I’m In Love (And I Love The Feeling)’ – sung by Kenny Copeland in a seraphic, Eddie Kendricks-esque falsetto – was the album’s first single. Illustrating the band’s versatility, another male singer (guitarist Kenji Brown) steps up to the mike to front the plaintive, gospel-infused slowie, ‘Help.’

Above all else, though, Rose Royce were renowned as exponents of upbeat, horn-led funk, of course, and ‘Strikes Again!’ doesn’t disappoint on that score. The best out-and-out funk groove is the propulsive ‘Do It, Do It,’  but the bubbling ‘First Come, First Serve’ is also impressive while the closing cut, ‘That’s What’s Wrong With Me,’ has the band spicing up their funk with rock elements.

Though not as good as ‘In Bloom’ (which bbr are due to reissue in January 2016) or ‘Car Wash,’ ‘Strikes Again!’ is a solid if not spectacular album though with ‘Love Don’t Live Here Anymore’ it boasts an astonishing jewel in its crown.