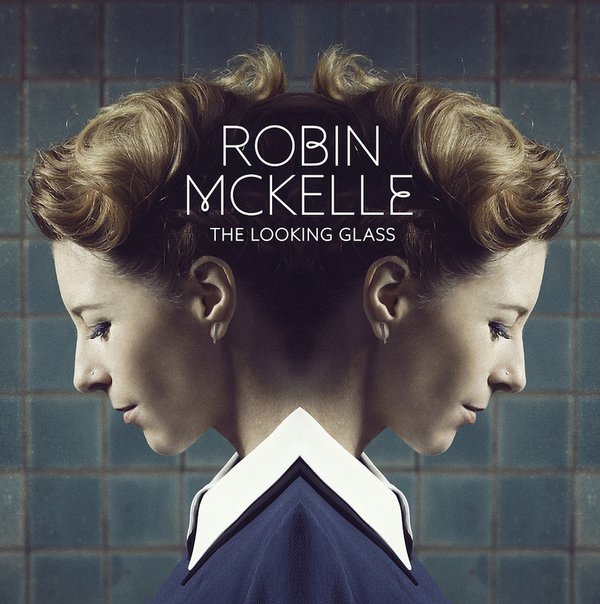 Rochester-born Robin McKelle won the hearts of the worldwide soul community with her 2012 long player, ‘Soul Flower’. The set boasted what has became a bona fide soul classic, the heart-tugging ‘Fairytale Ending’ and a wonderful duet with the then largely unknown Gregory Porter. The album was followed in 2014 with ‘Heart Of Memphis’ – an unashamed homage to the capital of Southern soul. On both albums Robin was backed by the redoubtable Flytones who not only added sympathetic soul support but gave both albums a solid, consistent sound.

‘Soul Flower’ and ‘Heart Of Memphis’ had actually marked a change of musical direction for Robin. For her first albums she’d cast herself as a jazz vocalist but ‘Flower’ and ‘Memphis’ showed her soul potential. Now ‘Looking Glass’ sees further musical movement. For the 10 tracker Robin has ditched the Flytones, opted to work with acclaimed producer Steve Greenwell and gone on to offer us (for the first time) a set of songs that are all her own. She says: “I wanted to work with Steve to search for a new sound. This new album is a shift toward music that allows me to use all the texture of my voice in a more intimate register.” And it’s that remarkable, rich, sonorous voice that makes the link with her two previous garlanded sets, ‘cos the sound of ‘Looking Glass’ is very different. Sure, there’s a soul undertow to proceedings, but it’s certainly not old school soul… modern soul/pop maybe. But then songs like ‘Down Without A Fight’ and ‘I’m The One’ are pure Americana… country, even and on ’em Robin has even perfected that little vocal melancholy sob so beloved of female country artists. Both are more Heart of Nashville than Heart of Memphis

The set’s lead single is ‘Stand Up’. It’s a rousing slab of AOR while Robin told us that one of her favourites is the mellow but jaunty ‘Stay’. For what it’s worth we think that ‘Brave Love’ is the album’s most soulful cut. It’s a real builder of a tune with a lovely little piano riff running through it. It would be interesting to hear what a top soul remxier could do with the tune… just as long they don’t mess with that wonderful voice too much.

So where should we file ‘Looking Glass’? In our recent interview (access it via our site search engine, top right) Robin says she was looking to produce a classic singer/songwriter album… hear if she’s right when the album finally gets released on April 22nd.