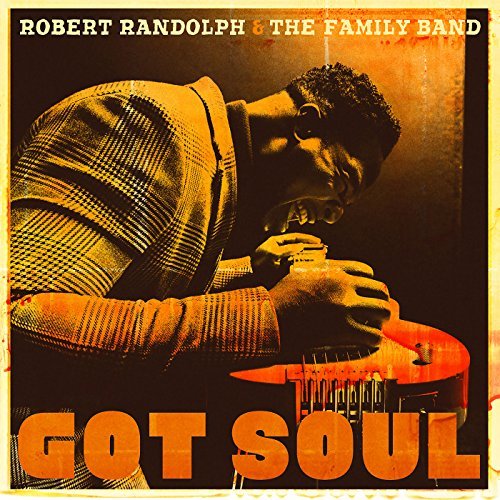 Virtuosic pedal steel guitarist, Robert Randolph, who’ll be forty in August, learned his craft playing in church in his native New Jersey as a juvenile. Though he’s familiar to many people for his myriad cameo roles on other people’s albums (as a guest artist, he’s played alongside some of the biggest names in rock and pop, including  Ringo Starr, Ozzy Osbourne, Elton John and Santana) it’s as the leader of his own Family Band that he’s made his most significant recordings. This new album – from a fretboard maven whom Rolling Stone magazine considers “one of the 100 greatest guitarists of all time” – is his seventh outing so far and proves to be an enthralling high-octane fusion of blues, gospel, rock and soul flavours.

At the heart of Randolph’s music is his distinctive guitar playing, with its sustained, soaring, soul-searching sound. Though traditionally associated with both country and Hawaiian music, Randolph has found an exciting new context for the pedal steel guitar and demonstrates his absolute mastery of the instrument over twelve tracks. Among the highlights is an original tune called ‘Shake It,’ driven by a turbo-charged rhythm section enhanced by a horn section. R&B singer, Anthony Hamilton, fronts  ‘She Got Soul’ and another guest singer, Darius Rucker – of Hootie & The Blowfish fame – takes the lead on ‘Love Do What It Do.’ Even better is a stomping version of dynamic soul duo Sam & Dave’s Hayes-Porter-scribed Stax tune, ‘I Thank You,’ which features Snarky Puppy’s keyboard wizard,  Cory Henry. More seismic grooves come in the guise of the strutting ‘Lovesick’ and a locomotive, riff-laden instrumental called ‘Travelin’ Cheeba Man.’ It’s not all flat-out, pedal-to-the-metal, blues-rockers, though, as the chugging anthem, ‘Be The Change,’ the blissful ‘Gonna Be All Right,’ and a wonderful, celestial solo guitar interlude dubbed  ‘Heaven’s Calling,’ all attest. Got soul? He certainly has – and the proof, here, is super-abundant.