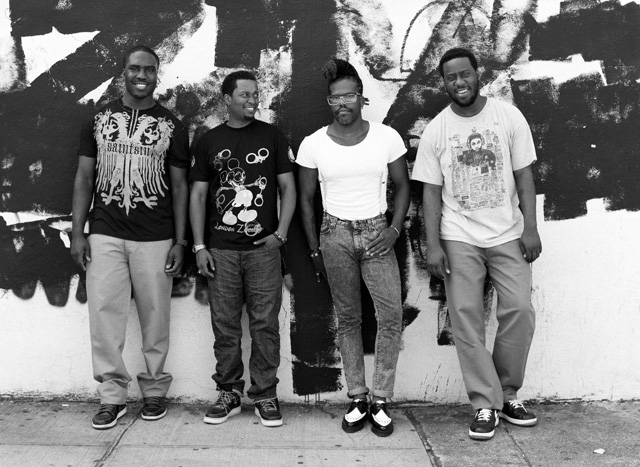 Robert Glasper is a singular musician who unites two musical worlds. As an acoustic pianist whose style has been likened to Herbie Hancock, he’s acutely cognisant of the jazz tradition and its significance. But he’s also someone who is passionate about R&B and hip-hop and loves to play electronic keyboards and jam with rappers. After pursuing relatively straight ahead jazz on his first two Blue Note albums, Texas-born Glasper unleashed ‘Double Booked’ in 2009 – a schizophrenic album that was half acoustic jazz and half jazz-infused R&B. Earlier this year, Glasper released his first full foray into contemporary urban music with the critically-acclaimed ‘Black Radio’ and in promoting it arrived on the campus of Warwick University for a performance with his Experiment band…

Alternating between three keyboards (grand piano, Fender Rhodes and a synth), Glasper and his band played a two-hour set that mainly focused on material from the new album. Though Glasper was unable to bring the bevy of guest vocalists that performed on ‘Black Radio’ in the studio with him, multi-instrumentalist Casey Benjamin (who also played alto and soprano saxes) did a sterling job in providing vocals using a robotic vocoder effect.

The group began with an interesting and lengthy take on John Coltrane’s ‘A Love Supreme’ before seamlessly moving into a languid and mesmeric version of Sade’s ‘Cherish The Day’ that showcased Benjamin’s gymnastic vocoder-treated vocals. At various points in the show, Glasper highlighted the instrumental prowess of his band members: Derrick Hodge was dexterous on the electric bass while drummer, Mark Colenburg, proved a master of rhythmic syncopation with an inventive drum solo. A revamp of Herbie Hancock’s delicate Head Hunters-era tune, ‘Butterfly,’ was another highlight of the show, as was a R&B take on Nirvana’s ‘Smells Like Teen Spirit.’ The concert was further brightened by some onstage humour by Glasper, who played hilarious false intros and even did a self-conscious cod-rap at one juncture, much to the delight and mirth of the audience.

Though the show lasted two hours, it all seemed to pass it the blink of an eye. It also confirmed what a unique and wholly unclassifiable musician Robert Glasper is; a man able to unite the twin spheres of jazz and hip-hop and do it with conviction, aplomb and real style.