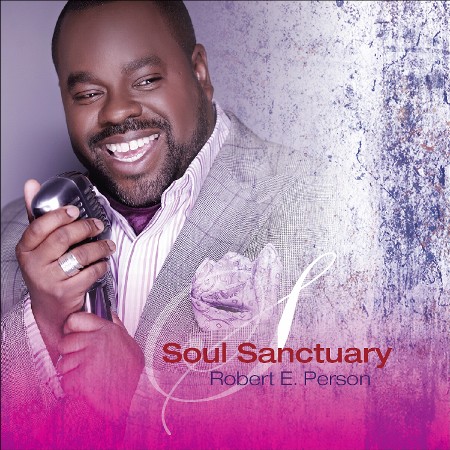 Tenor, Robert E Person – a native of Washington DC – has sung gospel music all his life and after graduating from the University of the District Of Columbia he decided to make gospel his career choice. His first two albums – 2004’s ‘The Call’ and 2007’s ‘Next Level’ won him admirers throughout the gospel community and now with this – his third full LP – he’s set to consolidate his position… and it’s easy to hear why. He possesses a classic, big-chested gospel voice that can go from a whisper to a scream within a few bars (he’s already been compared to people like Andrae Crouch and Rance Allen) while his material embraces the contemporary and the traditional – pleasing different communities and alienating none.

The two big “old school” gospel songs here are ‘Great Is Thy Faithfulness’ and ‘Beams Of Heaven’. Like most of the album, they’re produced by Person’s old music professor at DC University, Allyn Johnson, and the duo keep things simple – but reverential enough to stir the souls of believers. Of the new material, Kendall King’s ‘Gotta Praise’ is a bright opener (shades of the Sounds of Blackness about proceedings) while ‘Stand By Me'(not the Ben E King song) is a great contemporary soul groove with a message that can be interpreted two ways – secular and gospel. On the album’s title cut Person shows his vocal skills with a wordless vocalese performance alongside Nova Tate. The album’s high spot though (maybe because of its familiarity) is a take on Donny Hathaway’s evergreen yet still relevant ‘Someday We’ll All Be Free’ . The version is cool and laid back, yet convincing and oddly reminds me of the way Hathaway tackled ‘What’s Going On’ on his famous live album. It’s the album’s lead single and worth checking out by all – believers and non-believers… and you can do that @ www.roberteperson.com