RITA RAY: A Life Of Its Own (Funk Embassy) 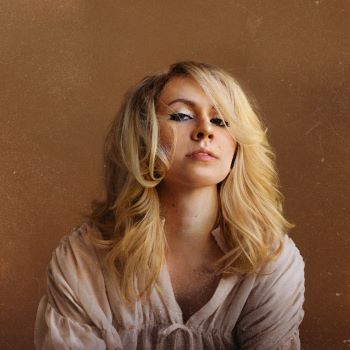 RITA RAY (born: Kristi Raias) is a blue eyed soulstress from Estonia but if you’re a proper soul fan you’ll know that. Why? Well back in 2020 Rita released a tremendous album, ‘Our Love Will Rust’. It was acclaimed by the soul cognoscenti and two vinyl pressings of the LP sold out in a matter of days. Quite an achievement for a relative newcomer! Rita’s team kept up the momentum with a trio of singles:- ‘Love Ain’t The Same’ – a shimmering ballad  with the feel of proper Southern soul, a quite gorgeous ‘No Greater Love’ and an emotive ballad, ‘Please Wait For Me’. We we’re told that the singles were from an album and  without too much fuss or fanfare, said album has just been released and ‘A Life Its Own’ is everything the wonderful ‘ Our Love Will Rust’ was. Put simply, the concise 8 tracker is classic, convincing blue-eyed soul.

The three aforementioned singles are included and still sound vital, especially ‘No Greater Love’ which grows in stature with each play. Elsewhere, ‘So Sweet’ is a Southern soul meander with a funk undertow; ‘Sing It With Love’ has a country soul feel; while ‘Needless To Say’ is another emotion-tugging ballad with a country feel that cranks up the emotional quotient.

Then there’s a pair of really intriguing tracks – ‘Ms Steal Your Man – parts 1 and 2’. Both are big, lavish productions that owe something to the psych soul of Norman Whitfield and the cinematic sweep of Isaac Hayes and on both Miss Ray proves that she can let rip with the best. These two cuts are perfect foils to the more gentle inclusions.

2022’s been a great year for soul albums and now at year end we have another to acclaim and as ever it’s hard to pinpoint exactly why it’s so good. There’s the voice , of course,  while its obvious that Rita and her producers understand the genre they’re working in. They marry classic soul sensitivities with modern ideas and it works! Then there’s the band. Rita works with her own four piece and what an engine room they prove to be. Add to that some full on orchestration and you have a quite lovely sound. That’s enough analysis. Grab a listen and you’ll  just know that ‘A Life Its Own’ is a great album.

Thanks to Mark Turner @ https://soulstrutter.blogspot.com/ for sourcing this one.