RICKY PETERSON and the PETERSON BROTHERS: Under The Radar (Leopard) 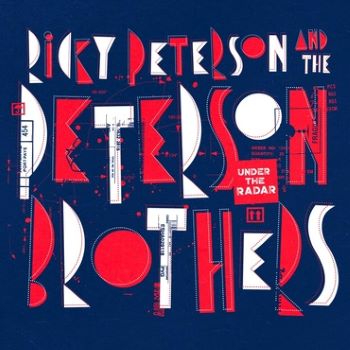 We’ve featured the Minneapolis Peterson family many times in these hallowed pages. Most recently we focused on Jason Peterson Delaire and his lovely ‘Love Can Heal The World’ single. Then there’s sometime Prince collaborator “St” Paul Peterson whose work we‘ve long enjoyed and highlighted. Add to them bassist Willard “Billy” Peterson, and keyboardist extraordinaire Ricky Peterson and you have what can only be described as multi-talented musical family. (Jason, by the way, is a nephew, the other three are brothers). Oddly maybe the family haven’t recorded together that often but under the auspices of jazz entrepreneur Ben Sidran, the Peterson family have family managed to release an album together and the 11 tracker that is ‘Under The Radar’ is good to go now.

Ricky Peterson is the marquee name on the credits. It’s not fully explained why but he’s the producer alongside Sidran while 5 of the 11 cuts are his work, He’s also the vocalist (on ‘Blue Cadillac’) but more importantly his Hammond is the album’s lead instrument. That gives you the clue to the soundscape of ‘Under The Radar’. Yes, it’s a mainly a collection of soul-jazz grooves evoking in places the spirit of Jimmy McGriff and Brother Jack McDuff. The rest of the gang pitch in with gusto with Jason’s sax especially prominent (a touch of the Sanborns in places). It’s his sax that leads on one of the standouts – a sleazy take on Solomon Burke’s ‘Sit This One Out’ (you may remember it on his ‘Don’t Give Up On Me’ LP). Here the reference point is maybe those King Curtis albums cut down in Muscle Shoals and Memphis. The album’s big slowie is ‘Love Is The Only Way’. Elsewhere, expect plenty of classy and classic soul jazz tunes (some, like the chanted ‘Hey Brother’, a touch funkier than others).

Between them the boys in this band have played with people like the aforementioned Prince, Bonnie Raitt, Boz Scaggs, Eddie Harris, Bob Dylan and Mose Allison, so little wonder that ‘Under The Radar’ is what it is – a slick and polished set of bluesy, soul-jazz grooves that betrays where the players have been and what they love and believe in.