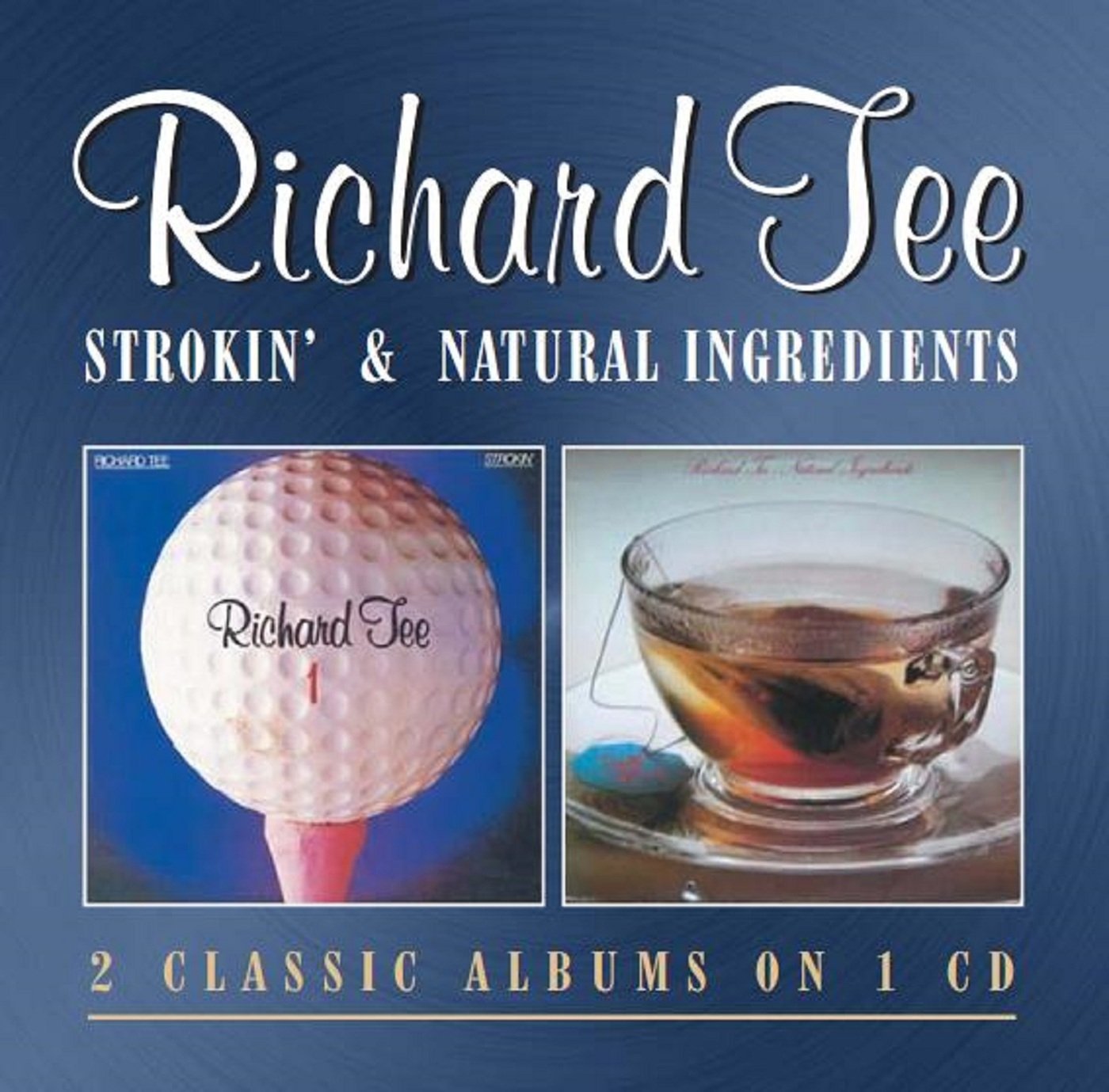 Native New Yorker Richard Tee is one of the unsung heroes of jazz, funk and soul. He was a ubiquitous session pianist during the 1960s, ’70s and ’80s and he’s mainly remembered – he died in 1993 from prostate cancer – for his work accompanying jazz legends, among them Rahsaan Roland Kirk, Hank Crawford and George Benson, but he also made significant contributions to albums by rock and pop artists; namely George Harrison, Billy Joel, David Bowie and the Bee Gees. A versatile musician, then, Tee was also a member of the Big Apple-based session supergroup, Stuff, in the late ’70s and during the same timeframe cut a couple of albums for Bob James’ CBS-distributed Tappan Zee imprint. Often overlooked and underappreciated, those two long out-of-print albums have just been reissued as a tasty twofer by the Cherry Red imprint, Robinsongs.

Tee’s hallmark was rolling, gospel-infused acoustic piano licks and on ’79’s ‘Strokin” he doesn’t disappoint. The set was helmed by Bob James – who had worked with Tee on many C.T.I./Kudu sessions for producer Creed Taylor – and features a stellar line-up of sideman: including fellow Stuff members Eric Gale and Steve Gadd plus bassist Chuck Rainey, percussionist Ralph MacDonald, and horn men, Tom Scott and the Brecker brothers. The opener, the Chuck Rainey-penned, ‘First Love,’ is a driving instrumental with a disco-funk backbeat that highlights Tee’s churchy piano chords. He supplies a textured, resonant vocal on the ballad ‘Every Day,’ a song he co-penned with Bill Withers. The rest of the album is devoted to slick, adroitly-executed but soulful instrumentals, such as the blithely grooving title cut which spotlights Tee’s piano and ‘I Wanted It Too,’ a slice of mirrorball funk which features Tee on organ and Hugh McCracken on harmonica. ‘Virginia Sunday’ is a dreamy ballad whose mellow mood is quickly dispelled by a superb jazz-funk deconstruction of Stevie Wonder’s ‘Jesus Children Of America.’

The set closes with a highly imaginative retooling of Duke Ellington’s Billy Strayhorn-penned ‘Take The A Train,’ which not only shows off Tee’s virtuosity on the piano but also his sublime arranging skills as it morphs from a quasi-piano concerto into a seismic chunk of disco-funk.

Also produced by Bob James, 1980’s ‘Natural Ingredients’ featured mainly the same line up of musicians but laid more emphasis on Tee as a vocalist. It opens with the pianist’s funked-up vocal take on the Ralph McDonald/William Salter tune, ‘What A Woman Really Means’ (a song also recorded at an earlier juncture in the ’70s by Donny Hathaway). ‘Now’ is a fine instrumental distinguished by a bluesy Eric Gale guitar solo while the humorous ‘The Nut’s Off The Screw’ – another Tee/Bill Withers co-write – is a fluid slice of four-on-the-floor funk featuring Tee’s husky vocal and some evocative harmonica playing.  Aaron Neville’s ‘Tell It Like It Is’ also gets a run out but is rejigged as a chugging, late night groover. Willie Dixon’s blues classic, ‘Back Door Man,’ also gets a makeover, transmogrified into an undulating funk groove propelled by slapped bass. The album’s closer, believe it or not, is Tee’s take on ‘Spinning Song’ by classical composer, Felix Mendelssohn, which is transfigured into piano-led romp through blues, jazz, gospel and funk styles. The piece cogently not only demonstrates the pianist’s genius at melding different musical elements into a cohesive whole but also succinctly encapsulates his unique and immediately recognisable piano style. It’s been 21 years since Richard Tee’s death but excellent reissues like this will certainly help in keeping his memory alive.