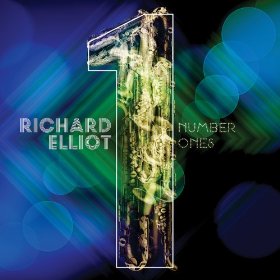 Scottish sax man, Richard Elliot is on one America’s favourite smooth jazz stars. His music always drives forward with a soulful energy, expected of a player who learned his craft in the Tower Of Power horn section. Since going solo in 1986, Elliot’s released 17 albums and this new collection rounds up all the best bits from his last six – the work he recorded for Artistry Music.

The dozen cuts are a great mix of original tunes and covers and the man’s love of classic soul is reflected in the choice of the music he’s chosen to put his own spin on…. ‘Here and Now’, ‘People Make The World Go Round’, ‘Inner City Blues’ and ‘Move On Up’. That last one is a real treat. The brass-filled Mayfield song is perfectly suited to the Elliot treatment and though some Mayfield anoraks might complain that things here are a tad too smooth, Elliot does let the beauty of the melody and the brass riffling stand out.

Of the original tunes, Elliot’s own ‘Island Style’ is an insinuating shuffle, while ‘RnR’ (co-written with Rick Braun) is hypnotic too. If you’re unaware of Elliot and his soulful style this little retrospective is a great way to catch up… though I’m a little unsure as to why the compliers have added two live versions of included studio recordings. Maybe it would have been better value to include two different tunes?