RICHARD ELLIOT; In The Zone (Artistry) 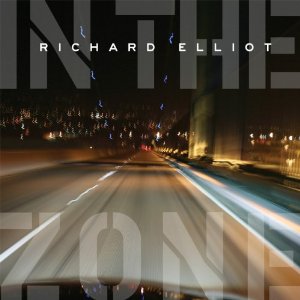 It’s been almost 25 years since Scottish sax man Richard Elliot left the mighty Tower Of Power to embark on a solo career. Since then, his recordings have yielded four no. 1 jazz albums and he tours relentlessly (he reckons he averages over 100 gigs a year), yet Elliot, we’re told, still feels the motivation to make the same kind of music that inspired him back in the day. That’s to say the soul grooves of the 70 and early 80s and here he nails his colours to the mast immediately with a cover of Marvin’s ‘Inner City Blues’. Elliot’s take starts sinuously before building to capture all the hypnotic qualities of the original. It’s the album’s only cover… and the set’s best track (easily). The remaining 9 cuts were penned by Elliot and his co-producer Jeff Lorber (who also provides keys and guitar throughout) and they don’t really rise above the average. Fans of smooth jazz will have heard something like them dozens of times before.

Of the nine new tunes the majority (like ‘Island Style’ and ‘Boom Town’) are decent soul based grooves while ‘Metropolis’ is a tad slinkier. ‘Just A Taste’ is an undemanding mid-tempo item and the closer, ‘Golden Triangle’ is the set’s only proper quiet storm moment. However, none of these new items really reach out and grab you… but maybe that’s the nature of what Elliot was aiming for. He has a decent fan base and he knows what those fans want. He delivers for them but the uncommitted will, I fear, remain unimpressed. Maybe one big vocal track could have lifted the set, but in these strained economic days maybe a big name vocalist was beyond the budget!