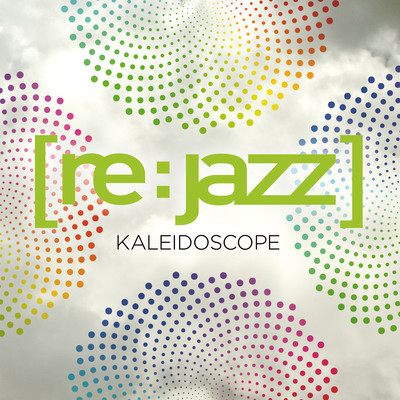 German band Re:Jazz have just celebrated ten years together and ‘Kaleidoscope’ is their fifth studio album. It opens in wonderful style with the delightfully soulful ‘Don’t Push Your Luck’ which features vocals from N’Dea Davenport. It’s a great throwback to the best of the Acid Jazz years and it’s every bit as good as anything that Ms Davenport’s erstwhile employers, The Brand New Heavies, have ever come up with. The band’s new, “regular” vocalist, Mediha, is out front on ‘Wonders Of The World’ which offers more of the same vibe. Mediha features on two more cuts – ‘At First Glance’ and ‘Tears’. The former is a sultry, contemporary soul shuffle while the latter is an interesting twist on the Robert Owens/ Frankie Knuckles house classic. There are two more vocals on the set- the loose and jazzy ‘It’s All Good’ which features Nathalie Schafer from German electro band, Nekta and ‘Out Of Phase’ with vocal from London’s Andy Herbertson. That one’s a sinister sounding pop ballad with a catchy melodic hook in the chorus.

So plenty of variety in the vocals – equally matched by the range of instrumentals. They go from the Herbie Mann-influenced ‘Voodoo People’ through to the funky ‘Eins, Eins’ and in between there’s the cinematic piece ‘Windy City’ and a cover of Squarepusher’s jaunty ‘Iambic 9 Poetry’ which allows band leader Matthias Vogt to display his keyboard skills.

A truly diverse album this and one that contemporary soul fans in particular should investigate for the vocals cuts.