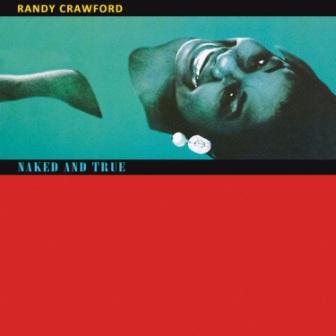 The uniquely-voiced Randy Crawford came to prominence when she voiced the Crusaders’ ‘Street Life’ epic in 1979.Then a series of fine albums with Warner Bros made her a major soul star, particularly favoured in the UK and Europe. After 17 years and some 11 long players with that label, Warners decided not to re-sign her. Tastes, they argued, were changing and maybe the Macon-born soulstress sounded a tad dated. Step in WEA Germany. Knowing Ms C had a faithful European fan base , they promptly signed her up and, pairing her with producer Ralf Droesmeyer, they set to work on a relaunch with the 1995 album ‘Naked And True’.

The 11 track album has been sadly neglected by the reissue companies but now it’s available again on bbr and, as is the current fashion, the reissue comes with a plethora of bonus cuts… in this case 14 extra tracks that turns the package into a 2 CD, 25 track Randy Crawford extravaganza.

For ‘Naked And True’, Droesmeyer’s original plan was to showcase Randy on a set of new songs but the WEA suits thought differently, They believed that to maximise impact it would be better if the songs on the album were familiar soul outings, taking the singer back to her roots, as it were. So the set began with Randy’s version of Herbie Mann/Cissy Houston’s ‘Cajun Moon’ and ended with a cover of Aretha’s ‘All The King’s Horses’ and in between there are new readings of songs like ‘Give Me The Night’,’ What A Difference A Days Makes’, ‘I’ll” Be Around’, ‘Glow Of Love’ and ‘Forget Me Nots’ which was the album’s lead single. There’s also a look at Simply Red’s ‘Holding Back The Years’ which becomes a slinky, atmospheric soul groove that’s different enough from the original to keep the listeners’ attention. Indeed that was the recipe that producer Droesmeyer seemed to work to throughout – i.e. put a new spin on the familiar and allow Ms Crawford’s remarkable voice to take centre stage. And it worked. There’s some lovely soul music here and the European audiences agreed. It charted throughout Europe and despite some US critics claiming it was too smooth, ‘Naked And True’ was nominated for a Soul Train Album of the Year award.

The bonus tracks on the “Deluxe Reissue” are remixes, radio mixes and instrumentals of key cuts. They include the Chill Night Mix of ‘Give Me The Night’ which became a surprising club hit. It still sounds good as does the Mousse T mix of the same tune and the Femi Fem mix of ‘Forget Me Nots’ but with the distinct and remarkable voice of Randy Crawford almost everything sounds good!