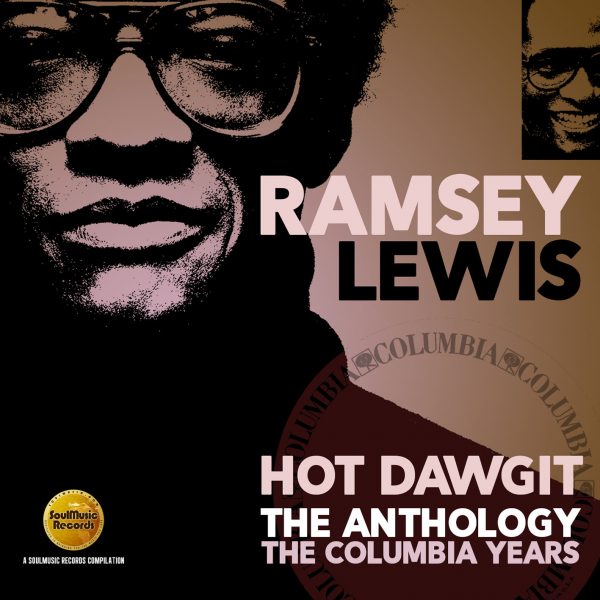 I once read that the great Ramsey Lewis is the jazz world’s Marmite! Loved and loathed in equal measure. Well maybe “loathed” is too strong a word to use but in the mid sixties, as he successfully strove to popularise jazz with his recordings of things like ‘Hang On Sloopy’ and ‘Wade In the Water’, the serious jazz buffs cut him off! They didn’t want their beloved art form watered down and made more accessible, but the more broad minded of the jazz fraternity along with soul fans lapped up what he was doing and here in the UK the Chicago born piano man became a mod hero and his albums became as essential mod accessories as mohair suits, Ben Sherman shirts and fish-tallied parkas!

Ramsey Lewis’ “essential” music was recorded for Chicago label, Chess and with his trio (that at times included Eldee Young, Red Holt and Maurice White) he became hugely successful. So successful that in 1972 he was poached by major label Columbia who already had a stellar jazz roster (Miles Davis, Dave Brubeck, Herbie Hancock and others were all Columbia artists). This new 2 CD SoulMusic release cherry picks the best of Lewis’ Columbia output and offers collectors, who may be more familiar with his Chess output, the opportunity to fill a gap in their music libraries.

At Columbia, though Lewis’ sound continued to evolve, his music making policy remained much as it had at Chess. That’s to say, working with top class sidemen and big name producers, he continued to make accessible jazz via a clever recording mix of classy original material and well-chosen covers.

Amongst highlights on CD 1 are ‘Sun Goddess’ (written for Lewis by his sometime drummer, Maurice White), a version of ‘That’s The Way Of The World’ (Lewis and White remained close even as the drummer forged ahead with EWF) and the jaunty Stevie Wonder tune ‘Spring High’. You also get re-recordings of Hang On Sloopy’ and ‘Wade In The Water’.

CD 2 offers more of the same Lewis musical recipe with the added bonus of two cuts from Lewis’ collaborations with Nancy Wilson. They are ‘The Two Of Us’ on which Ms Wilson  duets with gospel singer Daryl Coley and ‘Midnight Rendezvous’ an elegant smooth jazz/soul ballad.

This 37 track compilation is enhanced with the usual authoritative and complete sleeve notes from SJF’s Charles Waring and for anyone wanting to expand their knowledge of Ramsey Lewis beyond his Chess years, this is essential fare.