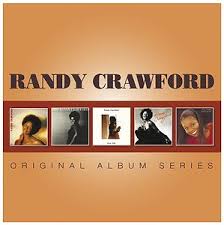 Rajdulari is an up and coming New York-based jazz vocalist. Musically, she was raised in the church, but young Rajdulari was soon turned onto secular music when she became intrigued by the music of jazz divas like Ella Fitzgerald and Sarah Vaughan. Studying and enjoying their work (particularity the intricacies of scat) she realised there was only one direction for her to follow and she enrolled at Boston’s prestigious Berklee Music College from where she graduated with honours. She made her first recording in 2011 – a shimmering, gentle yet tricky self-penned tune called ‘Honey Wine’. Word of mouth helped the song become one of Amazon’s top 100 downloads in the US in 2011 and since then Rajdulari’s been dividing her time between live performances and putting together, this – her debut album, sensibly named for that hit single.

‘Honey Wine’ takes pride of place on the 11 tracker and it’s easy to hear why. It’s one of those maybe once in a career occasions when everything come together – melody, sentiment, performance and production. The album, though, is no one track affair. The set boasts lots more memorable moments – notably a quite beautiful ballad, ‘Wish You Were Here’. It’s lazy and languid and will recall Jill Scott in her pomp. There’s great sax too from Freddy De Boe and those who enjoyed the ballads on Gregory Porter’s latest album could do worse than investigate this.

Elsewhere, ‘From My Heart’ and ‘America’ are pleasing Latin-tinged shuffles with mature, questioning lyrics. Other cuts like the dramatic ‘Into The Light’ and ‘Reverie’ are designed to allow Rajdulari to show off her jazz licks though she uses the Gershwin standard, ‘Summertime’ as her party piece. She gives the old chestnut a Bobby McFerrin style work over (she’s shared the stage with McFerrin a number of times), multi-layering her vocals in a mesmerising way adding to the set’s intrigue.