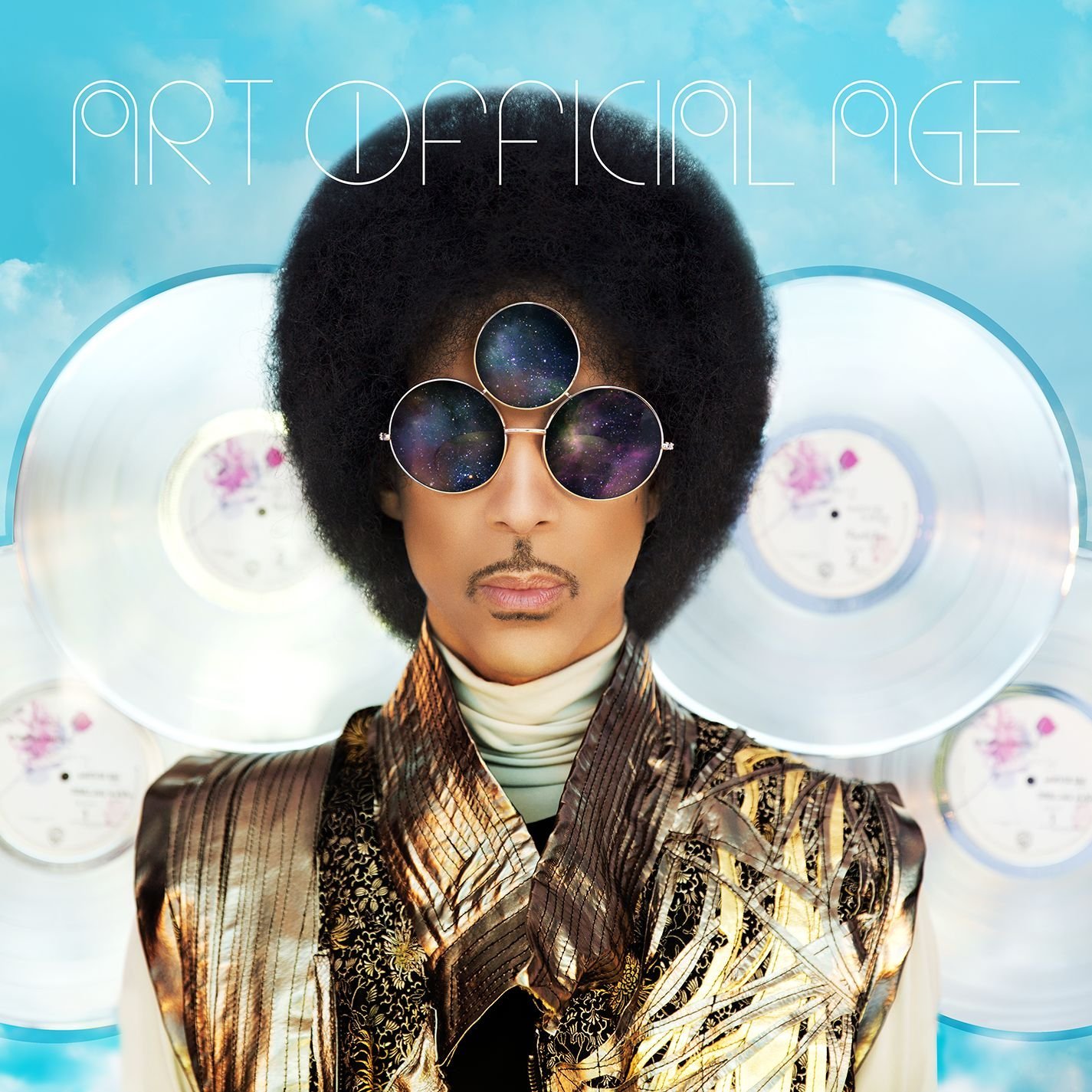 An extravagant showman and prolific recording artist whose career has spanned five decades, the enigmatic Prince Rogers Nelson – now 56 and sporting a humongous Afro – has never done things by halves. It will come as little surprise, then, to his most devoted fans, that the diminutive Purple genius whose penchant for churning out new songs would exhaust the creativity of most other musicians has decided to serve up not one but two new long players. What is genuinely surprising, though, is that he’s elected to join forces with Warner Bros, the label he famously fell out with in the early ’90s (and who own the rights to the majority of his back catalogue though they’ve apparently given him back the rights to key ’80s albums such as ‘Purple Rain’ and ‘Sign O’ The Times’).

‘Art Official Age,’ is a Prince solo album proper while its counterpart, ‘Plectrum Electrum,’ is a rock guitar-oriented group affair attributed to Prince and his current backing band, the all-female 3rdeyegirl (the trio that accompanied the purple maestro on his recent ‘Hit & Run’ tour in the UK).

The former record is Prince’s best album release for a while and vastly superior to the free albums (‘Planet Earth’ and ’20Ten’) that were given away with British tabloid newspapers a few years ago. Though the album’s futuristic concept is largely unfathomable to this writer – it describes Prince being put into suspended animation and then revived 45 years later – what is clear is that it contains some of the best music he’s done in years. The set’s standout earworm is the brilliant ‘The Gold Standard,’ a funky, horn-laced ditty that has faint echoes of his classic ’80s hit, ‘Kiss.’ The offbeat dance anthem, ‘Funknroll,’ also revives memoires of Prince’s NPG days. ‘Breakfast Can Wait’ is another cool cut with a killer groove that could only have come from the pen of Prince while the ethereal ‘Clouds’ with its layered celestial harmonies and addictive funk undertow features an uncredited female vocalist. There are some great R&B ballads, too, in the shape of the dreamy, erotic ‘U Know,’ ‘Time,’ and ‘This Could Be Us,’ the latter complete with Prince’s trademark screaming falsetto vocals.

By contrast, ‘Plectrum Electrum’ is a pure old school rock and roll record – one guy and three girls (Donna Grantis, Hannah Ford Welton, and Ida Nielsen) cranking up their amps all the way to eleven live onto analogue tape. The opener, ‘Wow,’ is a throbbing power ballad while the more muscular ‘Pretzelbodylogic’ is a mid-tempo groove that rides on a monolithic, granite-like guitar riff. The title cut is a sinewy blues-rock instrumental led by duelling guitars and a similar feel infuses the feisty blues-rocker, ‘Aintturninround,’ which is fronted by one of the girls. Respite from the relentless riffing is provided by the delightful, folk-tinged ‘Whitecaps’ with alluring female lead vocals, the delicate, gospel-influenced ballad, ‘Stop This Train’ and the playful ‘Tictactoe.’ The final cut on the album is ‘Funknroll’ – a song that also appears on ‘Art Official Age’ – though here it’s deconstructed and given a stripped-down live band feel (and sounds all the better for it).

Though both albums have their virtues – and flaws – it’s ‘Art Official Age’ that gets the thumbs up from this writer. It marks a return to form for Prince, an artist whose recorded output has often disappointed in recent years but who, judging from his new solo album, still remembers how to write a good tune or two.