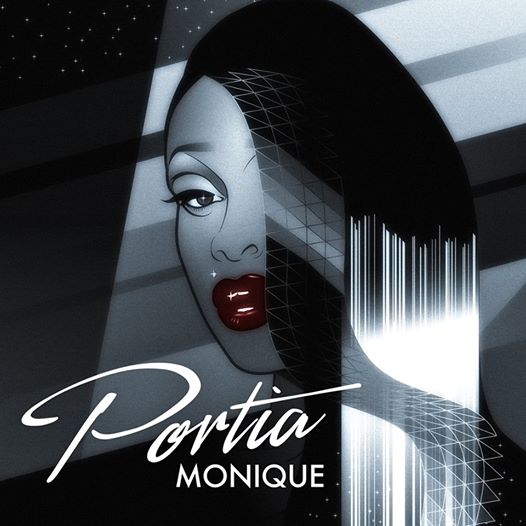 Seattle based Portia Monique is a US soul stylist who’s been working the circuit since she was 16. She’s collaborated with people like Rodney Jerkins, Midi Mafia and Kyle West and most recently she’s hooked up with the Reel People team (Oli Lazarus and Tony Economides). Over the last two years – in between working with the Layabouts – the threesome have been putting together this solo set which is prefaced by the single ‘Grace’ and its B side ‘Nobody’. Both are bob on the current modern soul/R&B vibe – the vibe that the Reel People crew seem to have perfected over the last couple of years. Both have bags of energy and presence, with ‘Nobody’ riding some great chinking Chic style guitars. ‘Grace’ is a little different. It shows what Oli and Tony see in Portia’s delivery and they’ve given her a tune to show off just what she can do… loose and jazzy it’s a real grower.

Back to the album; ‘Who’ is another cut with a jazzy slant but if you’re looking for some tight beaters go straight to ‘My Love’, ‘Never Give Up’ or the choppier ‘Ain’t Scared Of You’. They’ll find favour right across the soul spectrum – especially with the modern soul crowd. The more discerning of that fraternity will, I’m sure, also be drawn to the album’s sweetest soulful house offering. Portia says that, “Embarrassingly I knew nothing about House music before I began working with Oli and The Layabouts.” Well, you wouldn’t think so the way she nails ‘Cloud IX’. The tune is at the gentler end of soulful house and really takes off after a stately opening; Ms M brings the right contradictory blend of soul and indifference to the tune…. one to watch.

Portia’ single’s released on Sept 29th and the full album follows in October.